Hilton Worldwide is about to go public again and they filed two weeks ago S1 filing with the SEC (Securities And Exchange Commission). 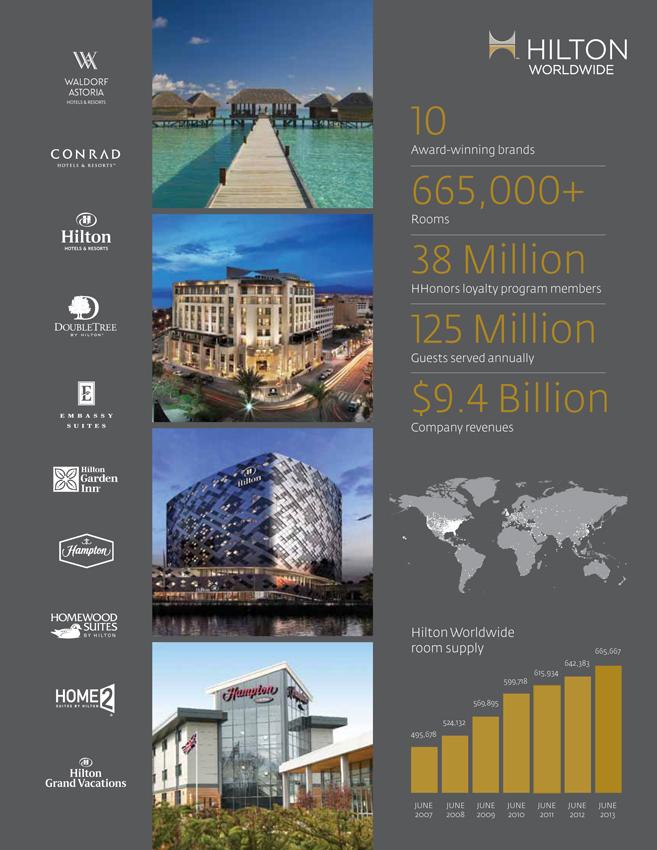 I just spent few hours going through the 200+ page prospectus for information that would be of interest for Hilton HHonors members. You can access the S1 filing on SEC’s website here. 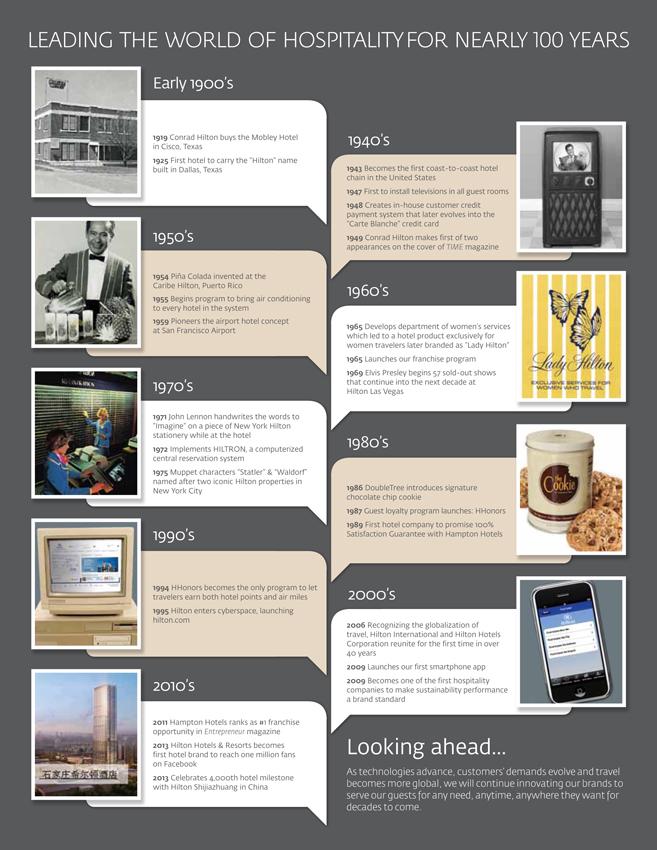 – Timeshare has 41 properties consisting of 6,404 units

– Weighted average franchise fee 4.5% published rates 5.4%. Note that this doesn’t include numerous other fees that properties must pay such as the loyalty program fee

– High growth in China: their number of hotels in Greater China has grown from 6 open hotels to 160 open and pipeline hotels

– 1007 hotels in the development pipeline

The company is close to 100 years old. The founder bought his first hotel in 1919 in Cisco Texas.

Almost half of the hotels in Hilton portfolio are Hampton Inn’s that consists of 28% of the total rooms. The number of Hilton branded hotels are about quarter of that, but the number of rooms that Hilton hotels each have is about four times the Hampton Inn.

The Hilton considers DoubleTree as a “conversion” brand from other brands. That is likely the reason why the brand is the most inconsistent.

Consists of 3,843 hotels with 595,765 rooms that are owned by third parties. This is a high margin segment as it doesn’t require capital investment from Hilton. This segment has grown 39% in terms of number of rooms since 2007 and has represented 98% of the growth.

Hilton discloses that they plan to break-even even on the Hilton HHonors marketing program.

Hilton HHonors is a guest loyalty program provided to hotels. All of our owned, leased, managed, and franchised hotels and timeshare properties participate in the Hilton HHonors program. Hilton HHonors members earn points based on their spending at most of our hotel and timeshare properties and through participation in affiliated partner programs. When points are earned by Hilton HHonors members, the property or affiliated partner pays Hilton HHonors based on an estimated cost per point for the costs of operating the program, which include marketing, promotion, communication, administration, and the estimated cost of award redemptions. Hilton HHonors member points are accumulated and may be redeemed for certificates that entitle the holder to the right to stay at participating properties, as well as other opportunities with third parties, including, but not limited to, airlines, car rentals, cruises, vacation packages, shopping, and dining. We provide Hilton HHonors as a marketing program to participating hotels, with the objective of operating the program on a break-even basis to us.

Hilton HHonors defers revenue received from participating hotels and program partners in an amount equal to the estimated cost per point of the future redemption obligation. We engage outside actuaries to assist in determining the fair value of the future award redemption obligation using statistical formulas that project future point redemptions based on factors that include historical experience, an estimate of “breakage” (points that will never be redeemed), an estimate of the points that will eventually be redeemed, and the cost of reimbursing hotels and other third parties in respect to other redemption opportunities available to members. Revenue is recognized by participating hotels and resorts only when points that have been redeemed for hotel stay certificates are used by members or their designees at the respective properties. Additionally, when members of the Hilton HHonors loyalty program redeem award certificates at our owned and leased hotels, we recognize room rental revenue.

Hotels That Hilton Owns, Leases Or Has Join Venture Interest: 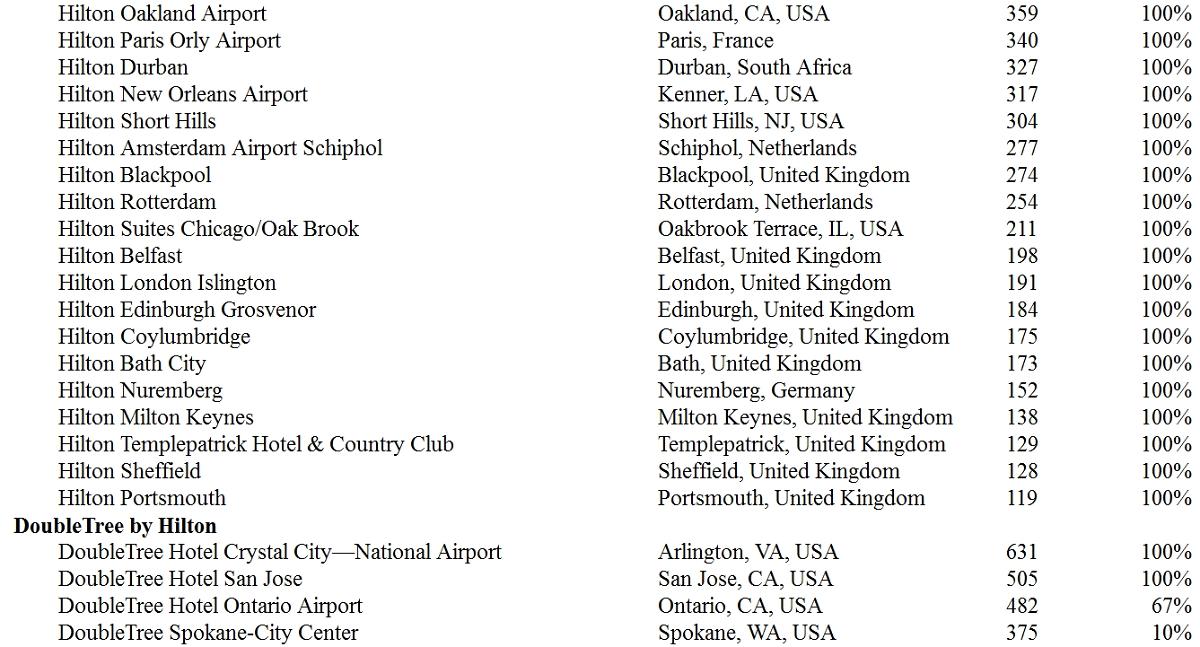 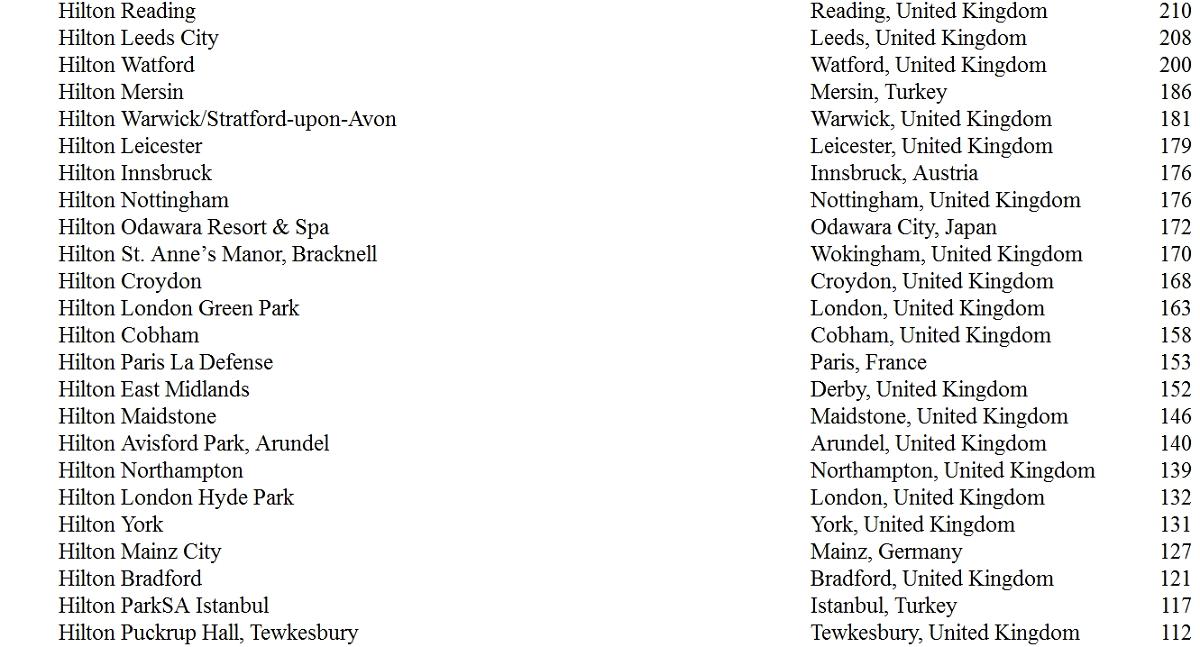 It is surprising that Hilton still owns one Scandic hotel in Stockholm. Maybe they plan to convert it eventually to one of the Hilton brands once the agreement with Scandic is over?

Once a company becomes public, they have to disclose significant information about their financials that private companies don’t have to. It was interesting to have a look at the Hilton’s financials.