Starwood had a major website outage earlier this week that lasted for more than 12 hours. Most of those 12 hours were during the daytime in North America that lead me to believe that there was nothing “planned” in this regardless what the announcement on the website said. 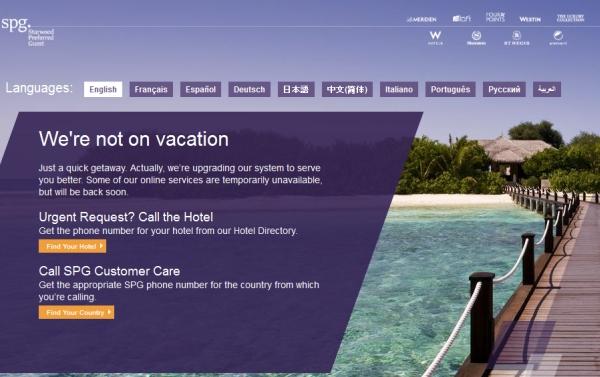 It is more plausible that they are really doing some upgrades this time, as the outage started around midnight on Friday. Companies try (or at least should) to do their web/system updates over the weekend when the traffic dies.

Starwood’s website has been one of the more robust ones as of late. I was wondering if Starwood has hired Hilton’s and Hyatt’s IT team? Those two hotel companies tend to have their websites down/unoperational several times a week.