Japan Airlines has an interesting offer for discount award tickets in economy on S7 Airlines (also known as Siberian Airlines) for travel between October 1, 2013, and September 30, 2014.

S7 Airlines has interesting route network in Eastern Russia and that is the reason likely for this award flight promotion.

You can get up to 67% discount on required miles for trips of less than 1000 miles in total. The award discount doesn’t apply for trips of more than 4,000 miles. You can access JAL’s web page for this offer here. 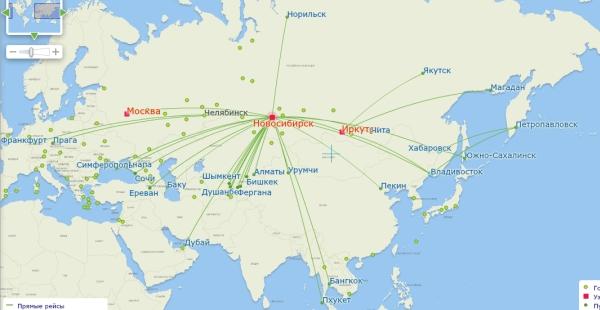 You can access S7’s route map here. I had great difficulty trying to open it in larger window in English. Got it open only in Russian.

This is likely a good offer for relatively short flights between markets that don’t have too much competition. You need to pay taxes and fuel surcharges that S7 charges.