Etihad will start daily Los Angeles to Abu Dhabi service, its third in the United States after Chicago, New York and Washington DC, on June 1, 2014, on a Boeing 77W or 77L airplane. 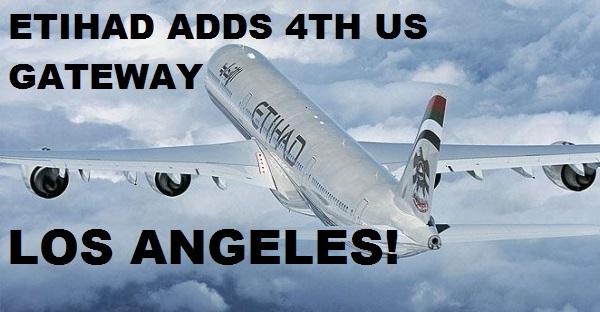 Etihad CEO has disclosed that they are planning to add an additional US destination sometime in 2014.

These gulf based airlines, Emirates, Etihad and Qatar, that were all found in the past decade or so are starting to have some serious capacity to the States.