European Union has approved the Aegean’s purchase of Olympic Air. The process is likely to be completed by October 18, 2013. Aegean is going to retain the Olympic Air brand. 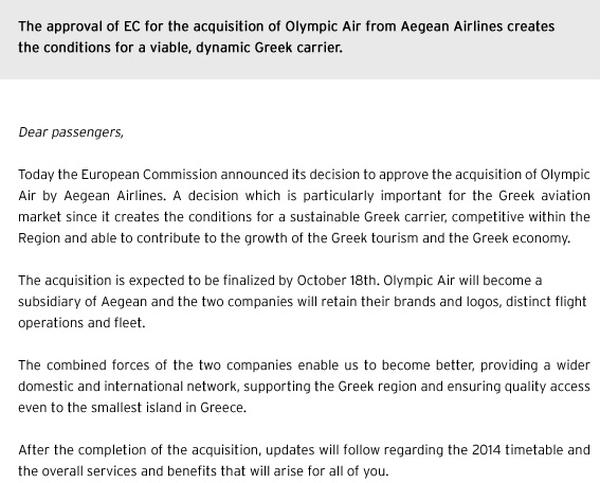 The merge between the airlines has been on going since 2010. The first attempt was blocked by the European Union in 2011. Aegean’s brands was to disappear and all the operations consolidated under the Olympic Air one.

The airlines second attempt was successful after the airlines decided to keep both the brands and airlines alive. The Olympic Air is just a shadow of the former Olympic Airlines and about half the size of the Aegean. You can read Aegean’s press release about this purchase here.

It is interesting to see if the airlines decide to consolidate the frequent flier programs or continue operate them separately. It would be great if Olympic Air flights would be eligible for credit under Aegean’s program.

Aegean Miles+Bonus Up To 30% Credit Card Conversion Bonus Through May 16, 2021