During my stay in Kuala Lumpur late September/early October, I was trying to get some SPG stays in to requalify this year despite the not so great promotions (read more here).

I had stayed at the Aloft Kuala Lumpur just when it opened earlier this year (you can read my review here) and decided to have three more stays. 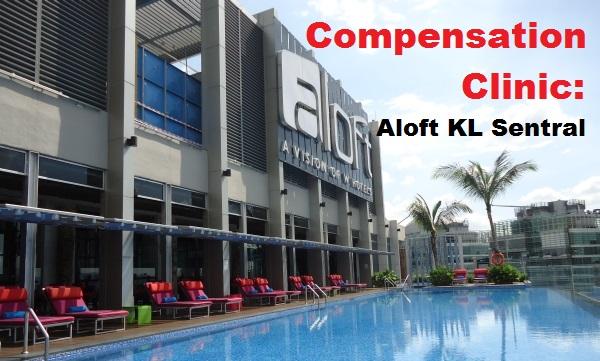 Overall, I like the design of the public spaces of this hotel. The pool on the top floor and the bar are very well done. The lobby area with the WXYZ bar is good. The NOOK restaurant is not bad either.

Here’s copy of my LUV letter to the Corporate Customer Service:

Problems on the first stay (spring):

– The stay never posted automatically my SPG account. Had to contact Platinum concierge to have this fixed.

Problems on the second stay:

– Check in unorganized: Gold/Platinum check in area that was unmanned. Picked up the call and asked the MOD to come to the front desk. Lady appeared and told that she was the MOD, but not the one with whom I had spoken with. MOD shortly arrived with a key and asked if it was my first stay at the hotel?

– The AC in the room was extremely loud at the lowest level and asked a technician come to fix it. The suggestion was first to keep it at the medium level. After I declined, he came with a ladder and fixed it.

– After a nap, I was trying to get some work related emails done. The internet became non-operational around midnight. Reported this to the MOD and technician came to fix it. This went for an hour and no resolution. I wasted the next two hours trying to troubleshoot the problem by myself and tether on the cell network.

It turned out that there was again the same network IP conflict issues that prevented the connectivity. The hotel network is misconfigured and sometimes assigns the same IP address to more than one device that was cause of the problem. I was finally able to get this fixed by myself and did my emails from 3AM to 7AM.

I requested 8,000 Starpoints for the inconveniences on my two stays and that was granted by the property.

I had two more stays at this property after the issues and all went almost fine. They had somewhat clueless front desk agent checking me out on the last stay that said that my card was declined. Told her to try another terminal and all was fine. Likely the first one had connection problems to the authorization servers. Hotels should always have alternate terminals available.

There is really no excuse for the hotel to have non-working internet infrastructure that can assign the same IP address to multiple devices/computers. The tethering didn’t work too well either, as the speed eventually dropped to EDGE and I was unable to get it back to 3G/HSDP. If I had encountered this problem before midnight, I would have packed my bags and moved to the Hilton or Le Meridien on the other side of the KL Sentral.

The problem that I have with Aloft hotels and some W’s that it is all for the show. The personnel are mostly young and very enthusiastic, but often very badly trained.

US Airways Buy Up To Preferred-Program: Buy Silver, Gold, Platinum Or Chairman’s Status 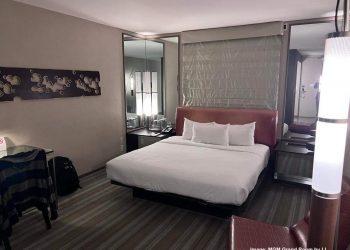 This week our Compensation Clinic is back in Las Vegas where a reader had a bad experience at the MGM... 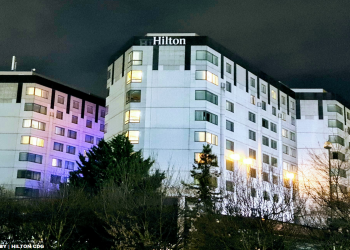