Air France-KLM Flying Blue has just released the list of their promotional awards for November 1, 2013, to March 31, 2013, period.  The discount is from 25% to 50% from the usual number of miles required.

Note that this is the first time that Air France-KLM has launched the Promo awards for FIVE month period and the display of these award types has changed as well. These promo awards need to be booked and ticketed between October 30 and November 30, 2013. You can access Flying Blue’s web page for this award type here.

Thing to note is that you can book these also as one-way. These are not only for originating from Europe as all the destinations are valid for both directions. Flying Blue used to divide Europe to zones 1, 2 and 3, but seems to just use the designation EUROPE for all these from now on. 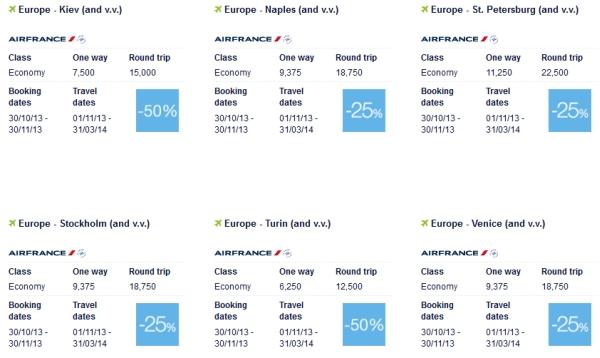 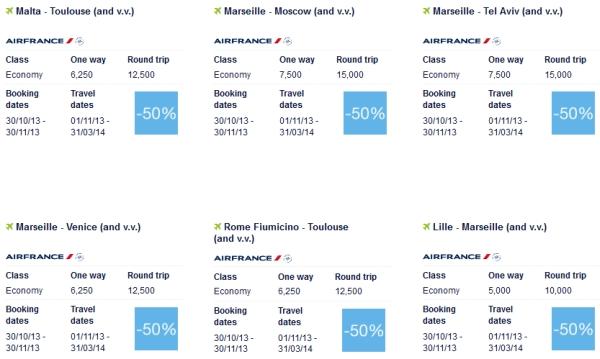 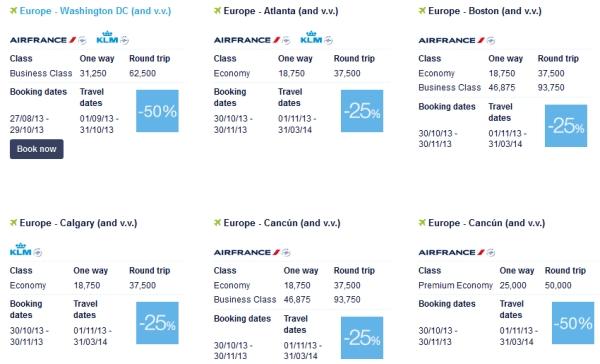 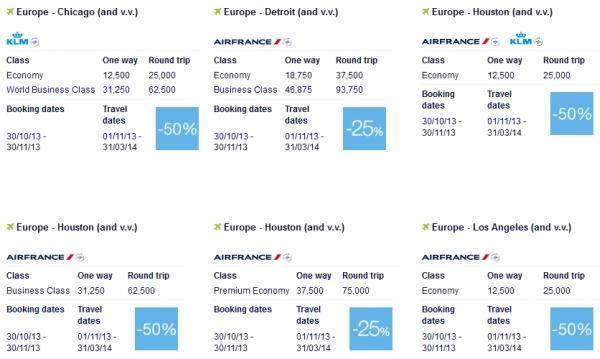 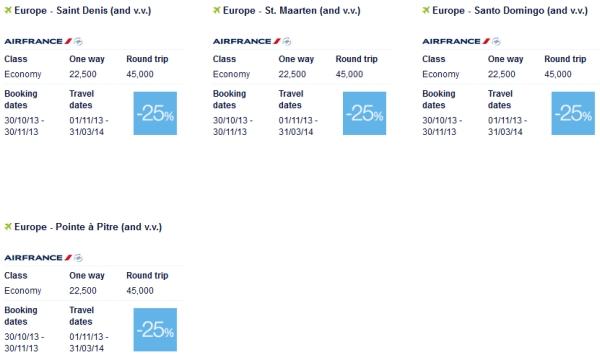 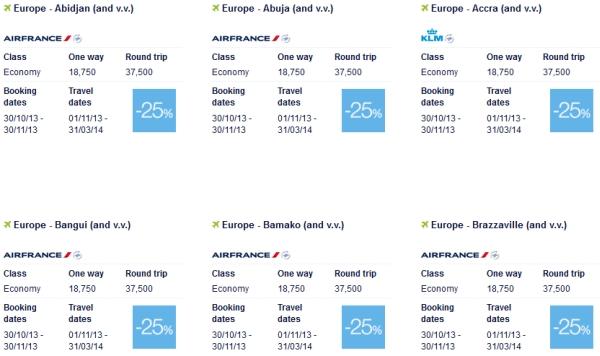 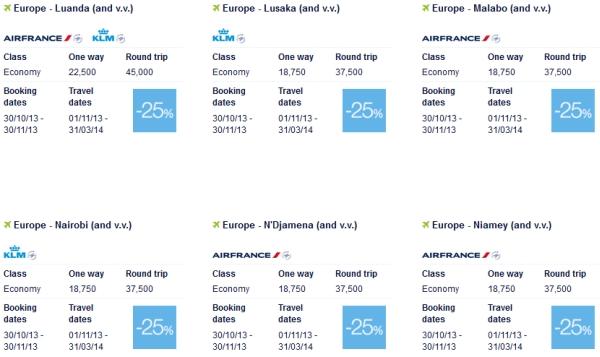 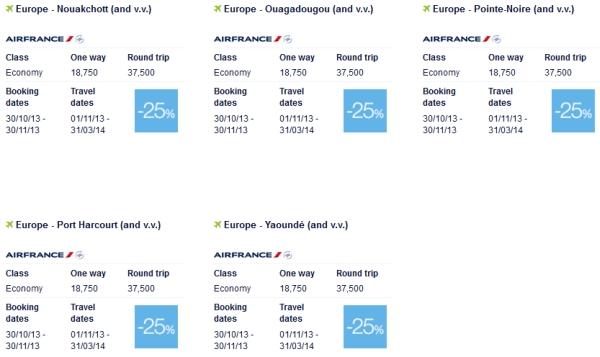 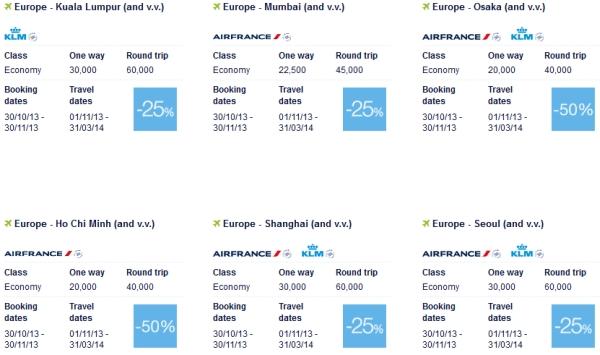 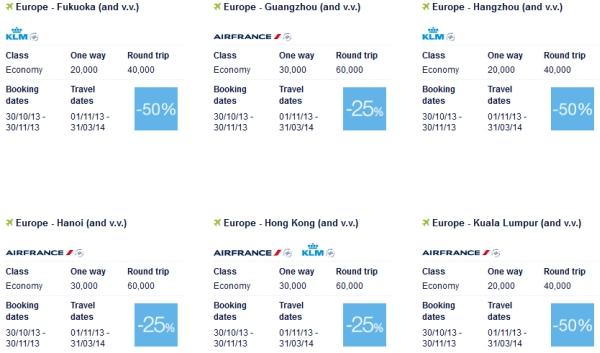 Flying Blue has changed the taxes and mainly fuel surcharges that its collect for award tickets making economy awards better deal than they used to be. The fuel surcharge that Air France-KLM now calls “carrier imposed international surcharge” is capped for premium economy, business, and first class flights as well.

The value proposition in these promo awards has changed quite a bit. Some of the business class ones that used to make sense at the old award levels combined with the 50% promo discount, don’t make too much sense at the new base and with only 25% discount.

Airfare of the Day [Business Class] AIR FRANCE/KLM Stockholm to Singapore from 1,320€