LoyaltyLobby reader from Brazil emailed me about a good award sale that TAP, the Portuguese Star Alliance carrier, is currently having.

You can get 50% discount off of economy and business class awards between November 7 and March 15, 2014 (blackout dates December 14-January 15), that are booked and ticketed by November 20. 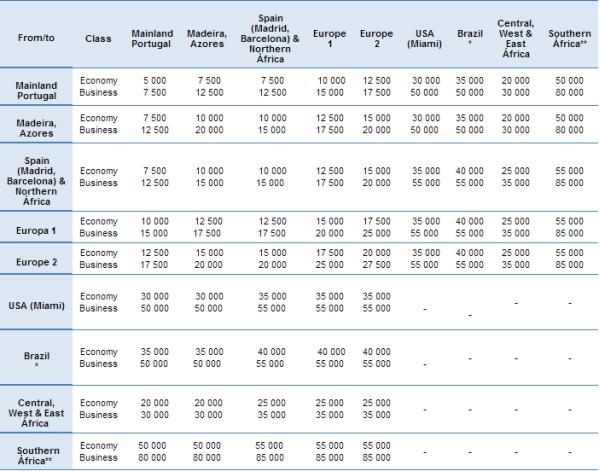 It is easy to sign up for the program and explore the award availability. The promotional award pricing came up just fine. Not sure how TAP is getting a way for charging the fuel surcharge as a “Victoria Service Fee”? Brazil has banned fuel surcharges on tickets originating from the country.

You can access TAP’s web page for this award promotion here.

TAP Victoria is also selling miles at 50% discount until December 18, 2013. You can access the web page for this sale here. 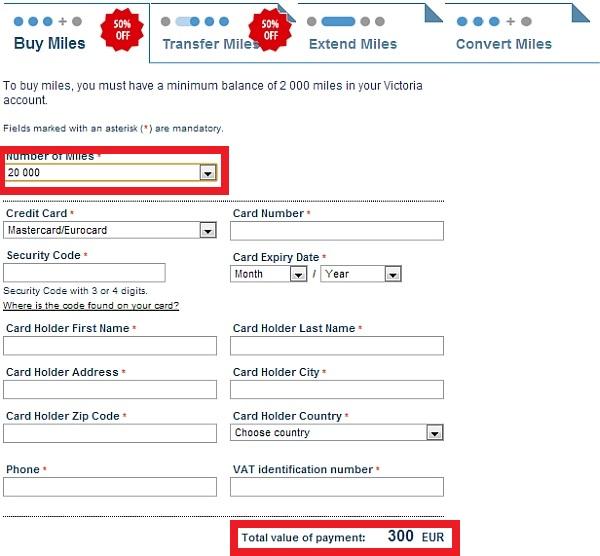 Although you are “forced” to pay a fuel surcharge, this is a very good value of getting from Europe to some of the destinations in South America and Africa or from TAP’s North American gateway of Miami to Europe.

Here are the terms and conditions of the award discount offer:

Tickets booked and issued between 06 November 2013 and 20 November 2013, inclusive.
Travel period: between 07 November 2013 and 15 March 2014, inclusive.
Valid for flights operated by TAP.
Valid for business and economy class.
Valid only for adult tickets; children’s and travel companion tickets excluded.
Valid only for round-trip flights. Upgrades and one-way flights excluded.
Waiting lists not allowed.
Blackout: 14DEC13 – 15JAN14
Stopovers: not allowed.
Non-refundable after ticket has been issued.
Changes: only changes of dates or times that fall within the promotional period (until 15 March 2014) are allowed. A fee of €30 will be charged.
Extension of valid period: not allowed.
* Valid for Recife; Fortaleza; Salvador; Natal; Confins; Portalegre; Brasilia
**Valid for all destinations in Southern Africa except Luanda