Turkish Airlines has number of cities at 25% fewer award miles needed for a return, one-way, companion or upgrade awards between December 1-31, 2013. 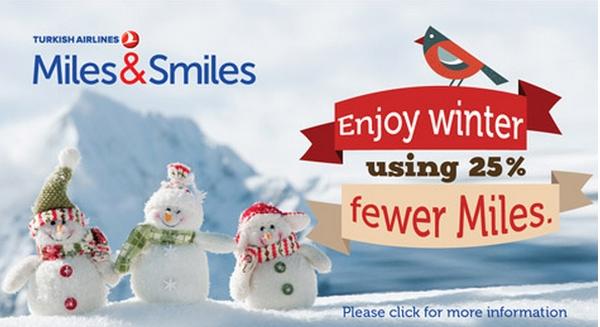 You can start your trip to/from Turkey or to/from on the cities listed below:

This could be a way to burn some Miles&SMiles miles if the above mentioned cities are in your plan for December travel.

Here are the terms and conditions of this offer (seems that TK forgot to update the T&C and just copy/pasted the ones from November):

Airfare of the Day [Business Class] TURKISH AIRLINES Jakarta to New York from $2,436