The merger between American Airlines and US Airways is expected to close in December. US Airways has indicated that it will have speedy exit from Star Alliance in the first quarter of 2014. 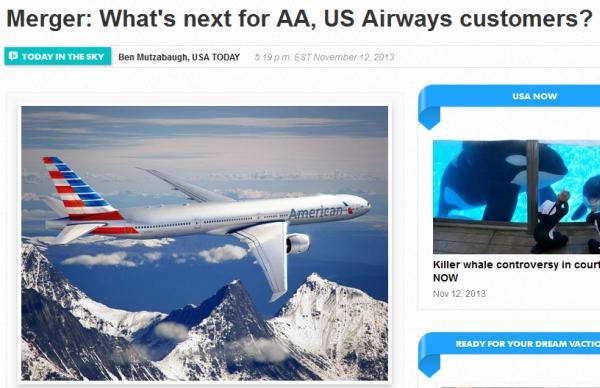 Now, according to an article on USA Today (read more here), the frequent fliers of American and US Airways will start receiving reciprocal benefits on each others flights on January 7, 2014.

It is unclear at this time, however, if the airlines will map each others status first or if you continue using your US Airways number on American flights and vice versa.

In the most recent merger between the United and Continental, both matched each others status and you could transfer miles between the frequent flier accounts until the programs were merged.

You could transfer United miles over to Continental and use them with some partner airlines with whom United had nothing to do with such as Virgin Atlantic (I did this).

American has three status levels and US Airways has four. American requires you to use 500 milers for upgrades (excluding EXP’s), where US Airways upgrades elite members based on availability.

It is going to be interesting few months for both US Airways and American frequent fliers. I hope that the merger is more inline what happened with the Delta & Northwest (excluding using the inferior Delta technology for web/award searches) rather than the United/Continental that is still bit of a mess.