How many times have you checked into a hotel only to find out that something (pool, gym etc.) is under maintenance for the duration of your entire stay? Sometimes hotels have negotiated the right to use the facilities at a nearby hotel. 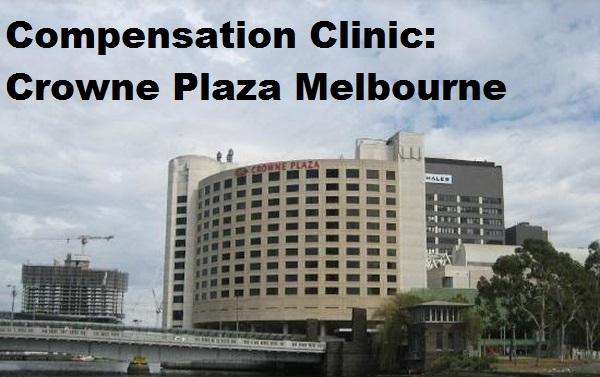 A LoyaltyLobby reader had checked into the Crowne Plaza hotel in Melbourne for five nights and was notified that the hotel pool would be out of service from the second day into and the rest of the stay.

The hotel had failed to provide any compensation, when the guest had asked. I advised him to open a case with IHG Care and that’s what he did.

The hotel has 48 hours to reply to feedback/complaints that they receive from IHG and Crowne Plaza Melbourne failed. When the reader contacted IHG about the status of this complaint, he was given 5,000 points for the inconvenience.

He had thought that this was the end and had given the hotel rather low remarks on the post stay survey that you often get from IHG.

Later in the day, the General Manager of the hotel had phone the reader and apologized for the inconvenience. He had also promised to provide one free night at the hotel and mailed out the gift certificate above.

If hotels are doing planned maintenance, they should clearly identify the dates on their website well in advance, so that the guest can know what to expect and plan accordingly.

The hotel was sloppy at resolving the issue during the guest’s stay and later failed to reply in a timely manner to the case from IHG Care. The General Manager, however, was able to resolve the issue to guest’s satisfaction by giving a certificate for a free night at the hotel.