Hong Kong has been offering an automated frequent travelers immigration channel for many years, but the name of this service was recently changed to just e-Channel. 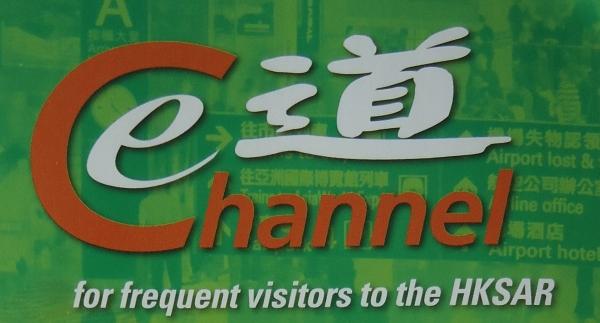 The beauty of e-Channel is that after enrollment you can use these automated gates for coming and going from Hong Kong at the airport or ferry terminals bypassing those sometimes long immigration lines.

The requirement for getting the e-Channel approved are rather straightforward. Many frequent fliers are eligible based on the airlines status that they have and some airlines don’t even have the status as a requirement (merely being a program member is enough).

I had some time to kill at the airport couple of weeks ago and decided to inquire more about this e-Channel. I saw the enrollment cubicles and and there was no customers in. The officer just took my passport, took the fingerprints (cannot remember if he took photo as well), had a look at my United frequent flier card and prepared a document that I had to sign.

The officer also attached a stamp to the back of my passport.

I put the e-Channel into use couple of days later during a day trip to Macau. I was able to clear both exit and incoming immigration at the Hong Kong end using the automated e-Channel gates.

The system will read your passport first before opening the gate. 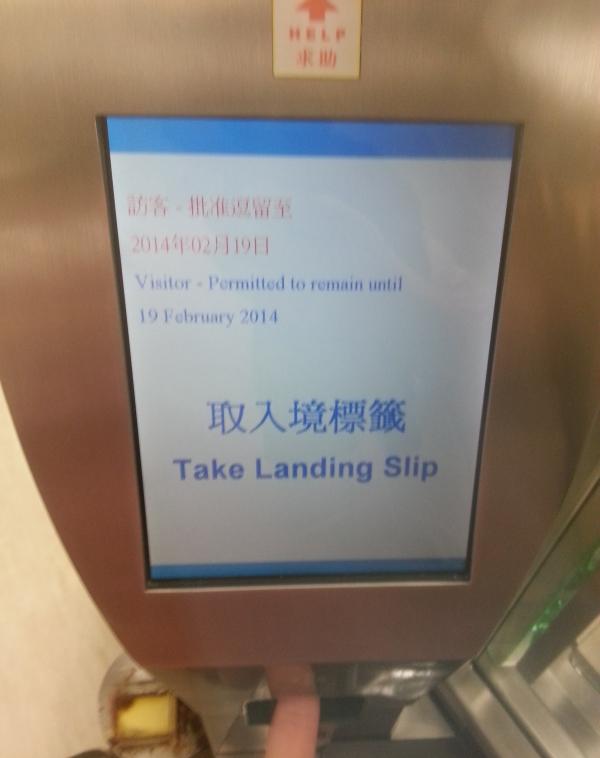 There is a fingerprint reader on the pen and the system will split out a slip that shows the date that you must exit Hong Kong.

If you are traveling to Hong Kong yearly and do side trips to Macau, you may save sometime by signing up for the e-Channel. The sign up process could not have been simpler and the gates did work at the ferry terminals and at the airport.

I have never experienced much of a wait at the airport due to immigration, but you cannot always say the same about coming from a Macau ferry.