Reminder To Pay Attention To Taxi Meters In Bangkok

Couple of moths ago, I wrote about my taxi problems in Kuala Lumpur (read more here). I probably spent more than two months this year in Bangkok (my Asian base) and you rarely encounter dishonest taxis if you know what to look for. 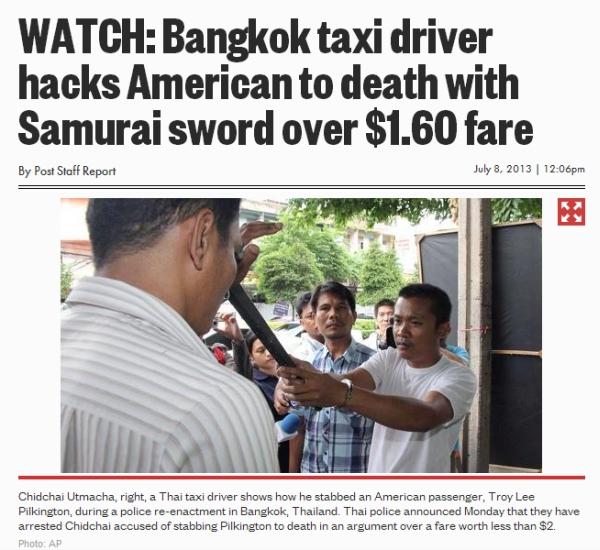 Just word of warning. Someone got killed earlier in the year over taxi fare dispute in Bangkok (access the New York Post article and CCTV video here). So, remember to be careful.

My taxi advise for Bangkok:

1. Always take a moving taxi. Those that just loiter around the hotels are more likely to be bad. Why would they just sit and wait to get a regular fare?

2. Always ask the driver to turn on the meter. If they refuse, just say stop and get off. They usually turn the meter on at this point.

3. Know the approximate distance between your origin and destination 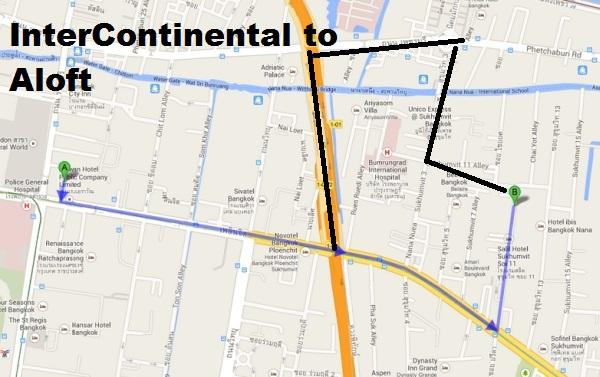 Last week, I was going from InterContinental to Aloft. I have taken this route few time and it is about 50 THB. The distance is 2.5 or 4 kilometers depending on the route used.

The driver had covered the upper portion of the meter that shows the distance and the time. He did turn on the meter and you could only saw the total.

Oh boy. Was it moving fast! By the time we got to the Aloft, the fare was something like 110 THB. I stretched and uncovered the upper portion of the meter that showed that we would have traveled more than 12 kilometers. (Note that the blurry photo is from later trip with a honest driver.)

The meter was running at triple the rate that it should have.

I made sure that I had all my things out of the car and told the driver that he had a “hot” meter. He was yelling at me that he would call the police. I said go ahead. Let’s call the police and report your hot meter.

Before I was able to shoot a picture of the meter, he had already reset it. I was willing to pay the correct fare that would have been the 50 THB, but the driver just took of.

This was my first time realizing a taxi driver with a hot meter in Bangkok. He could have gotten away for maybe charging bit higher rate, but he was greedy and had the meter running at triple the real rate.