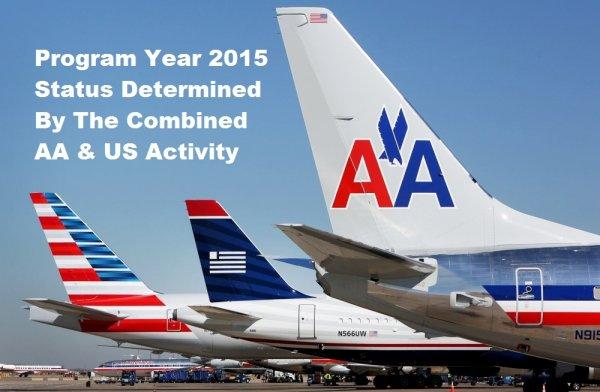 It has not been publicized by American or US Airways when the AAdvantage and Dividend Miles program are merged. I found the following update from US Airways web page (access here):

Status for the 2015 program year beginning in March 2015 will be determined by the member’s activity in 2014 in the US Airways Dividend Miles program and the American Airlines AAdvantage program.

This would indicate that the programs will continue operate separately for the 2014 membership year and merging of Dividend Miles to AAdvantage program would happen in early 2015.

In my opinion, there has been zero doubt that the elite miles and segments would be tallied up and the status determined based on combined activity. It has been and still is unclear exactly when this will take place.

Airfare of the Day [First Class] AMERICAN AIRLINES Chicago to San Francisco (or v.v.) from $189 OW