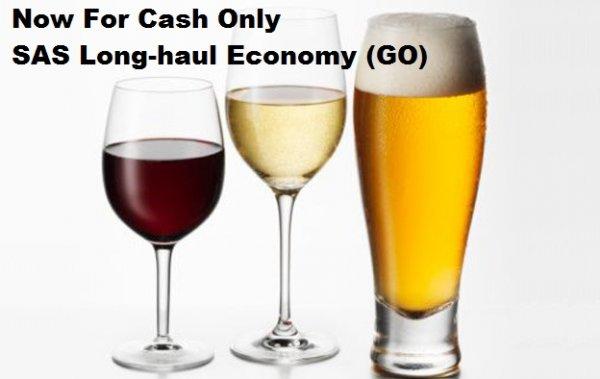 Previously, beer and wine were complimentary with the meal, but now they are only for sale.

SAS has made no announcements about this service change, but has changed the text on its website regarding the services offered in intercontinental economy (access here).

How much does it really costs SAS to offer beer & wine with the meal service? Do they really think that they have such a lock on the Scandinavian customers that they really don’t care at all?

I happened to fly in December on SAS economy from Bangkok to Copenhagen because the fare was really low. I bypassed all the service on-board, so no idea what the food and beverage offerings were at the time. The inflight video system was ancient, however.