Oneworld made an announcement today about the official joining date of the SriLankan Airlines to the alliance that will be May 1, 2014. 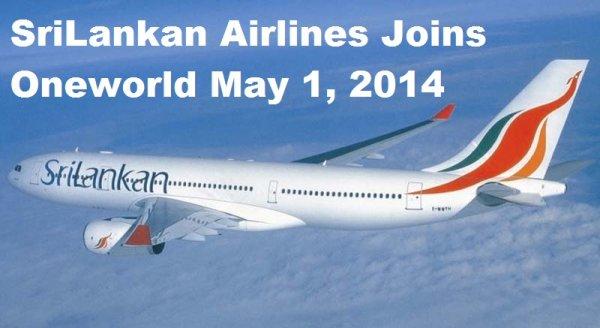 The airline has been sponsored by Cathay Pacific and was originally set to join the alliance by the end of 2013, but this was postponed.

TAM and US Airways will join the Oneworld alliance on March 31, 2014. The US Airways brand will disappear once the merger with American Airlines is fully completed (must be the reason why it is excluded from the logo portrait) and it will officially join as an affiliate. 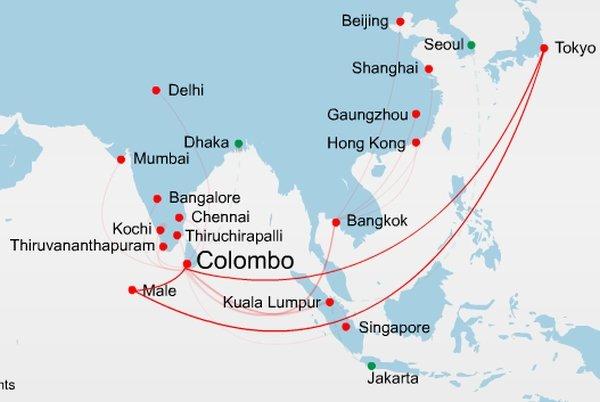 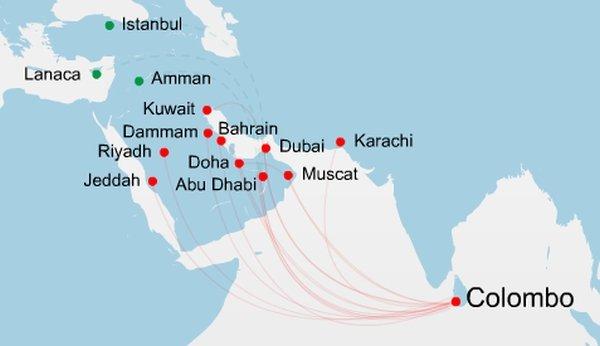 The Oneworld alliance airlines usually offer double miles for new entrant’s flights for a set period after joining. We should learn more about this soon.

SriLankan Airlines will become a full member of oneworld®, offering the alliance’s complete range of services and benefits with effect from Thursday 1 May 2014 – as the first carrier from the Indian subcontinent to become part of any global airline alliance.

The national airline of Sri Lanka received clearance to board oneworld, the world’s leading quality airline alliance, after successfully completing a thorough review of its readiness conducted by Cathay Pacific Airways, which is sponsoring its entry into the alliance, with the oneworld central team.

Its addition to oneworld will come a month after the alliance welcomes TAM and US Airways on board, on 31 March, concluding the group’s biggest yet expansion programme.

Senior executives from oneworld’s established member airlines – which include some of the leading carriers from each of the world’s regions – will gather in Sri Lanka on the eve of SriLankan’s addition to the alliance, to welcome it to the fold.

From the first flights on 1 May 2014, the 100,000 members of SriLankan’s FlySmiLes loyalty programme will, in effect, have their frequent flyer privileges extended to whenever they fly with any oneworld member airline.

FlySmiLes Platinum cardholders will have Emerald status in the oneworld programme.  FlySmiLes Gold will be equivalent to oneworld Sapphire and FlySmiLes Classic will be oneworld Ruby.

From 1 May, FlySmiLes Platinum and Gold members will be able to use any of the more than 600 airport lounges worldwide offered by oneworld member airlines whenever they fly with one of the alliance’s carriers.  SriLankan Business Class passengers will also be able to use oneworld partner airline lounges.

Also from 1 May, the 150 million members of the other oneworld airlines’ frequent flyer programmes will be able to earn and redeem awards and tier status points and receive all other oneworld benefits on SriLankan.

As part of oneworld, SriLankan will be able to offer all of its customers seamless connections across a global network serving almost a thousand destinations in more than 150 countries, with first rate connections between the world’s leading business centres.

SriLankan is already participating in Global Explorer, the round-the-world fare offered by all oneworld members and various airlines that are not part of the alliance.  From 1 May, SriLankan’s network will be covered by oneworld’s full and extensive range of alliance fares and sales products.

Its addition will bring two new destinations on to the oneworld network – Sri Lanka’s new Hambantota International and India’s Tiruchirapalli.

SriLankan already code-shares with oneworld members Malaysia Airlines and S7 Airlines with code-share agreements with a number of other oneworld partners at an advanced stage of discussion.

SriLankan’s oneworld implementation programme has represented one of the most extensive projects in the airline’s history, with working groups covering some 20 streams of activity.  Projects are nearing completion to bring its various internal processes and procedures into line with the alliance’s requirements, and extensive employee training and communications programmes are now underway at SriLankan and the alliance’s existing members, to ensure they are ready to provide oneworld’s customer services and benefits across the expanded alliance from 1 May.

SriLankan Airlines Chairman Nishantha Wickremasinghe said: “With the world airline industry increasingly focused on alliances, joining oneworld will be a significant development for SriLankan Airlines.  Joining the alliance will help put SriLankan more firmly on the global aviation map and vastly improve Sri Lanka’s connections with the rest of the world, with all that means for our country’s vital tourism industry.”

SriLankan Airlines Chief Executive Kapila Chandrasena added: “As an airline highly focused on quality service, we are extremely proud to be lining up to become part of the highest quality alliance with the best airline partners offering a global network that best complements our own.  We look forward to offering all the many benefits of oneworld to our customers very soon now.”

oneworld CEO Bruce Ashby said: “In SriLankan Airlines, oneworld is pleased to be adding another high-quality airline that will enhance oneworld’s network and product offerings in one of the world’s fastest growing regions for air travel demand.”

Tracing its origins back to 1947, SriLankan Airlines today is the flag carrier airline for Sri Lanka but also the largest international airline serving the Maldives and with a significant presence in southern India too.

It has virtually doubled in size since peace returned to its home country four years ago and plans further substantial expansion to its fleet and network in the next few years.

Using the airline code UL, it carried 4.7 million passengers last year between its Colombo base and 32 destinations in 20 countries across Asia, Europe and the Middle East, including oneworld hubs Doha, Hong Kong, London Heathrow, Kuala Lumpur, Moscow Domodedovo and Tokyo Narita, along with Bangkok and Singapore.

SriLankan Airlines is a god addition to the Oneworld Alliance and Colombo worth visiting at least once (I have been there several times). Airfares originating from Colombo used to be very low during the fighting (civil war) with the Tamil tigers that is now long gone.