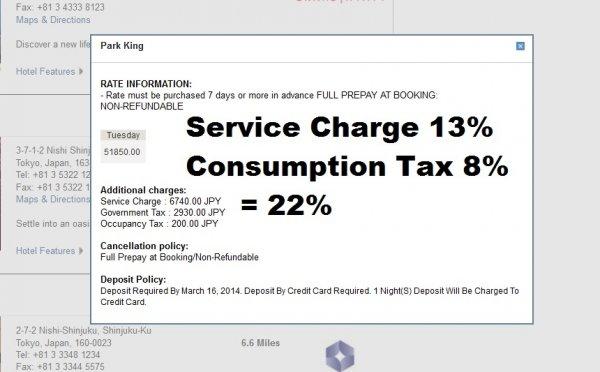 The consumption tax is in addition to 10% to 15% service charges that most “luxury” hotels charge. The service charge is also taxable.

So, the baseline rates shown on hotel websites don’t include the 22% combined service charge/consumption tax that will be 24.3% in October next year.

Maybe these consumption tax changes will lessen the demand and lower the prices that Japanese hotels can charge.

The consumption tax (why don’t they just call it a VAT?) has certainly been very low in Japan compared to most western countries, but doubling it in the span of 16 or so months is unheard of.