Qantas sent out emails yesterday to its frequent flier program members about the changes taking effect on July 1, 2014. Few LoyaltyLobby readers reached to me and asked me to write about this latest Qantas “enhancement”.

Whenever you receive an email from a loyalty program telling that something is becoming “simpler” or “fairer”, nothing is further from the truth. This applies for Qantas as well.

You can access Qantas web page for these changes here.

In essence, Qantas is cutting the number of points and SC’s (Status Credits) that you earn from flying on discount economy fares and this will affect majority of fliers.

Qantas is also lowering the number of status credits that you earn on partner airlines. This drastically affects routes where Qantas is flying as well. Seems that they REALLY want their frequent fliers to stay on home metal.

The airline will also lower the number of points that you earn from flying partner airlines. They haven’t yet, however, announced these changes.

It is straightforward based on the distance that you fly. 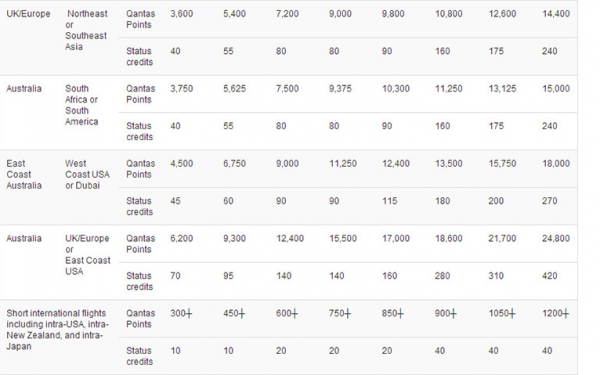 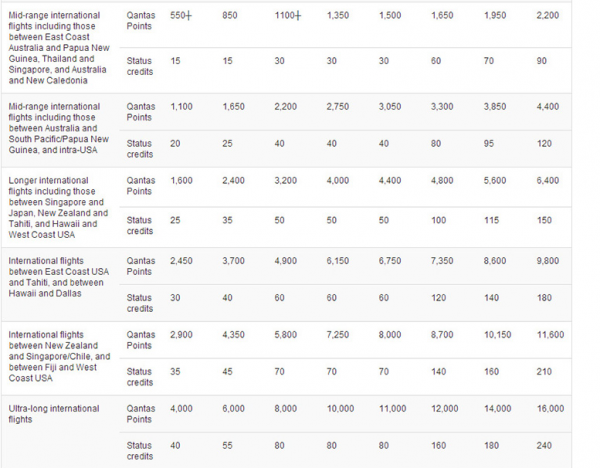 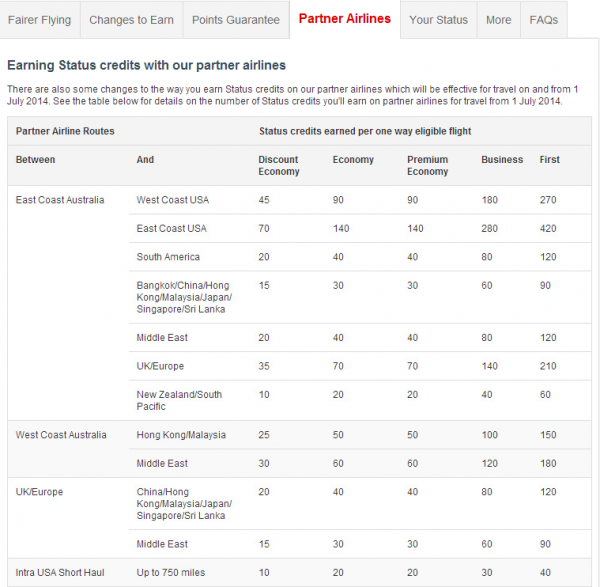 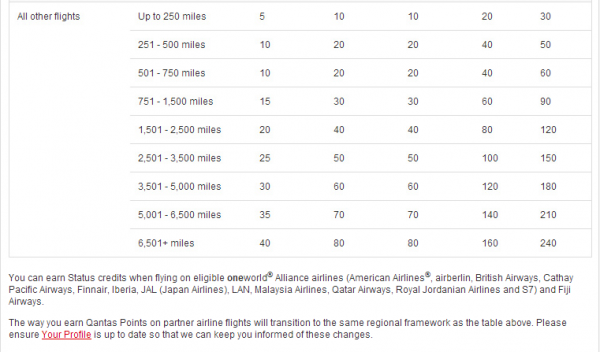 The partner earning chart is now partially based on regions and/or miles flown.

A FlyerTalk member Globaliser made a comparison chart above and posted it here. It compares the old SC chart and the miles based partner SC earning chart above.

It would be far batter if loyalty programs would be more honest with their members and not trying to sell devaluations as being fairer, simpler, enhancement etc.

These various Qantas SC earning charts are far more complicated than the old distance based one. Wonder who came up with this ridiculous idea?