For the past two weeks, I have been around China and will be here another ten days or so. What is really becoming irritating is the firewall that the Chinese authorities have had in place for a long time. 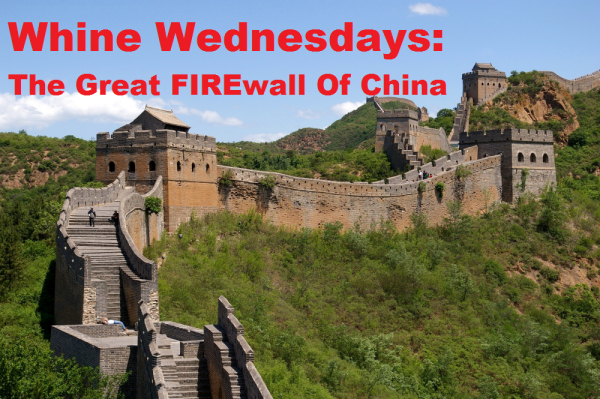 And I am not talking about visiting such a serious sites such as the nytimes.com, which is blocked due to its content, but many of the non-news sites today have website calls to Twitter and Facebook (LoyaltyLobby included) that makes them almost unusable without a VPN connection.

Many of the western hotels actually route their internet traffic via service providers located in Hong Kong and may have unfiltered internet throughout the hotel or in certain floors where they place their non-Chinese guests. Unfortunately, hotels really cannot advertise this because it is basically against the Chinese law.

So, my question to LoyaltyLobby’s readers in mainland China is, how do you access the foreign websites? Have you blocked the calls to Twitter and Facebook by editing the registry or do you just wait until those calls time out or do you use a VPN?

I will probably write an update about the benefits of subscribing to a VPN service while traveling that goes beyond the issue here in China. Some countries such as UAE blocks Skype access and other websites that the government deems against the morals of the UAE and thus unsuitable for anyone there.