Hilton HHonors offers 1,000 bonus points for every night + 5,000 additional bonus points for two weekend nights. You can combine this with the following two offers if you are staying at Conrad or Waldorf-Astoria properties.

The reason why I chose Hilton as the top promotion is that these three work for award stays as well. If you have a two night weekend rendezvous at Conrad or Waldorf Astoria property, you will earn 13,000 Hilton HHonors points based on just these three promotions alone and they post for award or Points + Money stays as well.

Then there is Virgin Atlantic promotion for 6,000 bonus miles (you can late convert these back to HH at the ration of 1 mile to 1.5 Hilton HHonors) for four stays that is stackable with the above three offers:

IHG Rewards Club fall 2013 promotion Big Win has returned for the spring 2014. You will get personalized offer based on your stay history with IHG. The promotion is valid until April 30, 2014.

If you or family member is not an IHG Rewards Club member, you can get 70,000 to 80,000 points for three stays that satisfies the Big Win promotion combined with the one time bonus offers on the “IHG Rewards Club Spring 2014 Promotion Guide“.

Marriott Spring MegaBonus has free night certs or bonus points. I like the offer for cat 1-5 cert for every two stays. There is separate MegaMiles offer as well.

5. SPG “Bring on the Nights” Combined With The SPG “Hear the Music” Concert Cash Offer

You can combine this with the Ticketmaster $50  Concert Cash offer for every two nights before the end of April.

SPG Hear The Music Promo: $50 Ticketmaster Cash Code For Every Two Eligible Nights Between April 3 and May 30, 2014 + New SPG Moments

Isn’t it interesting that all of these offers are coming to an end on April 30, 2014? The Hilton promotions are now even sweeter that you can combine them with extra Virgin Atlantic Flying Club miles that you can convert back to Hilton HHonors.

The SPG promotion is better for US based accounts that can now earn $50 Ticketmaster Concert Cash for every two nights that are booked using iOS, iPad or Android apps and consumed before the end of this month. 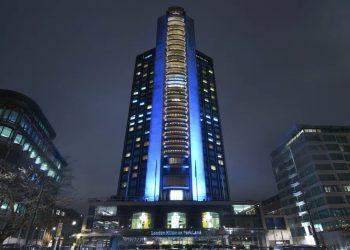