American Airlines have posted the announcement below on its website that effective immediately Oneworld Explorer Awards are no longer available. 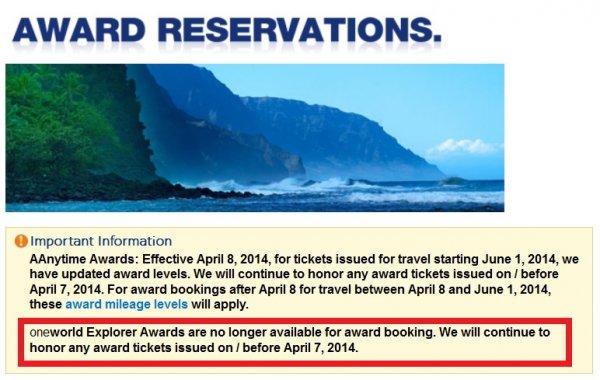 American Airlines gave ZERO advance notice of discontinuance of this award type… that is unusual for AA, but not for US Airways.

You can access American Airlines web page for this announcement here.

Oneworld Explorer awards allowed you to mix and match all of the Oneworld airlines and create a trip of up to 16 segments. The number of miles required was dependent on the number of the total miles flown.

There were some stipulations on this award that you could only have one stopover in any given city and that you had to use at least two Oneworld alliance airlines not including American Airlines. You were not required to have any American Airlines segments, however. 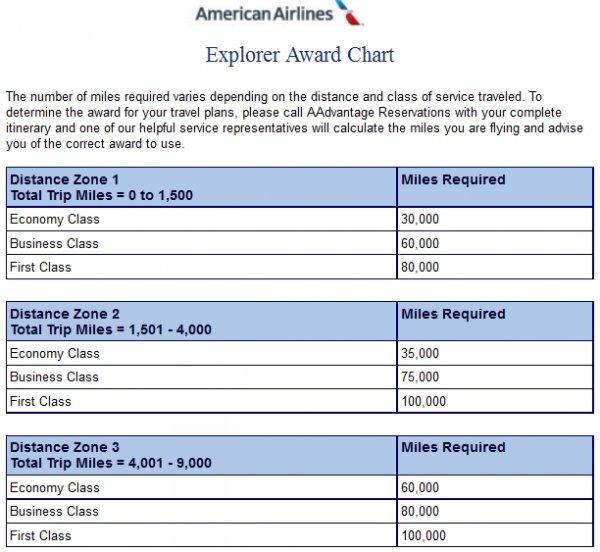 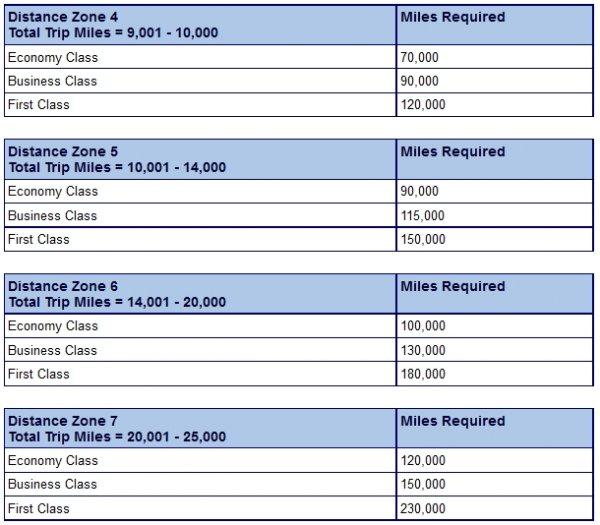 I have issued and flown two Oneworld Explorer business class awards at the 220,000 miles level and was thinking of maybe doing a third later this year. These were very good value for those that were planning to do an around the world trip.

It is truly shocking that American Airlines gave absolutely zero advance notice to its AAdvantage members of this change… that is not acceptable.

This is the way US Airways have dealt with its Dividend Miles members. You have to bear in mind that the current CEO of the American Airlines is the former CEO of US Airways.

Seems that American Airlines will no longer give any advance notice of its AAdvantage award changes, that in my opinion is unethical. I have no longer any faith that American Airlines would give any advance notice of changes to its AAdvantage or elite program. Considering “the new American” is trying to regain a foothold in the market, pulling shenanigans like this that are unfavorable to customers may drive them away rather than to the airline. 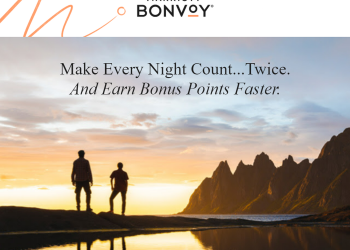