A LoyaltyLobby reader from Dubai sent me an email earlier today about IHG’s website featuring their “beach” hotels in Dubai and pointing out to me that IHG doesn’t have a single beach hotel in Dubai. 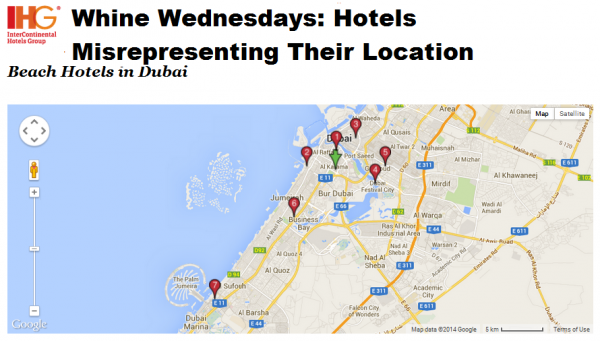 This is not a problem with only IHG but the practice is widespread where hotels try to associate themselves with places such as Beverly Hills or Los Angeles even when they are miles away.

Here are some examples

The correct name for this hotel would be Marriott Burbank Airport. It makes no sense to have the words “Los Angeles” there. If you are going to stay in Los Angeles, you certainly wouldn’t stay at the Burbank Airport Marriott. 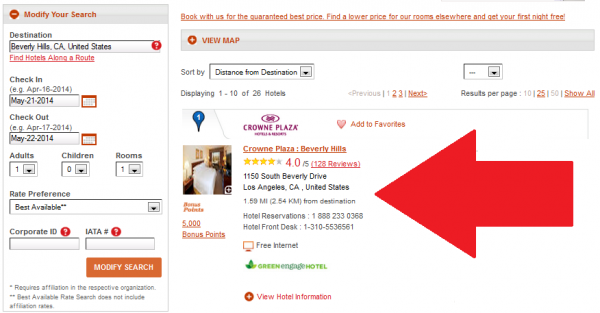 Having stayed at this hotel couple of times, I first thought that it would be miles away from Beverly Hills as the neighboring area is not glamorous at all. It is, however, bordering Beverly Hills but it is in Los Angeles. 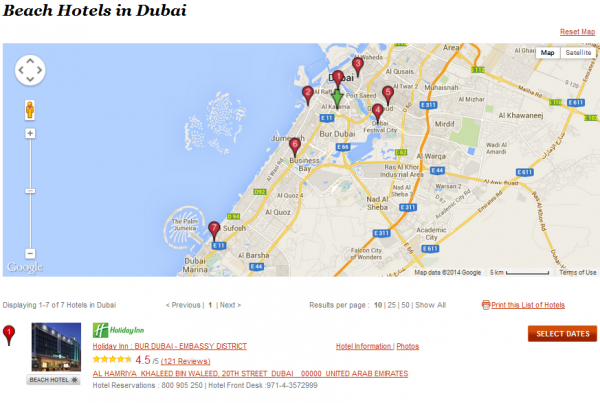 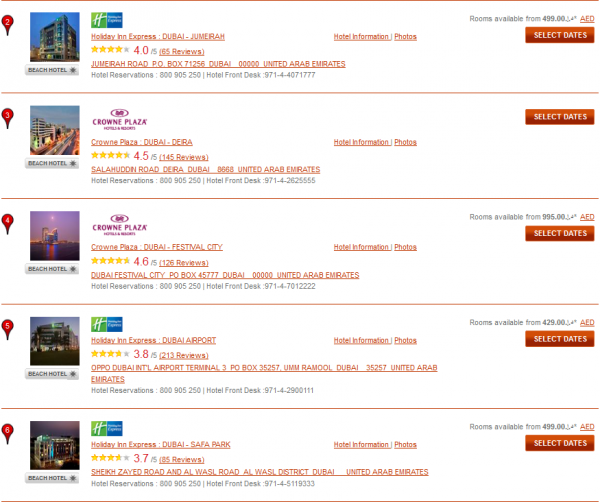 As the LoyaltyLobby reader pointed out to me, there are zero IHG beach hotels in Dubai. None. There are some in the Dubai Creek area such as the InterContinental and Crowne Plaza Festival City. Having stayed at that IC several times, it has nothing to do with a beach.

I do understand why some hotels want to associate themselves with fancier neighborhoods or popular attractions than where they are actually located, but why are they allowed to do so?

The case with the Marriott Los Angeles Burbank Airport is absolutely ridiculous, although parts of the valley are part of Los Angeles (the city).