Kimpton has made a small change to the terms and conditions of its InTouch guest loyalty program. 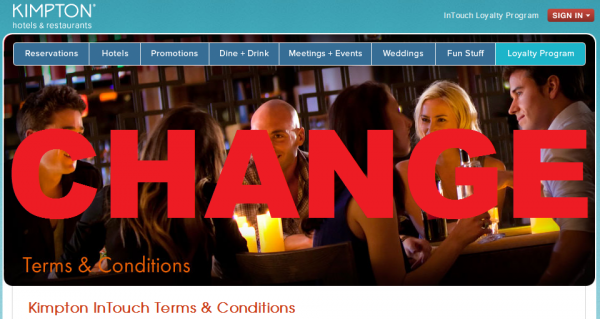 Kimpton has previously had two lines for explaining when the awards rooms are not available for redemption and has now added a third one.

Here are the old ones: 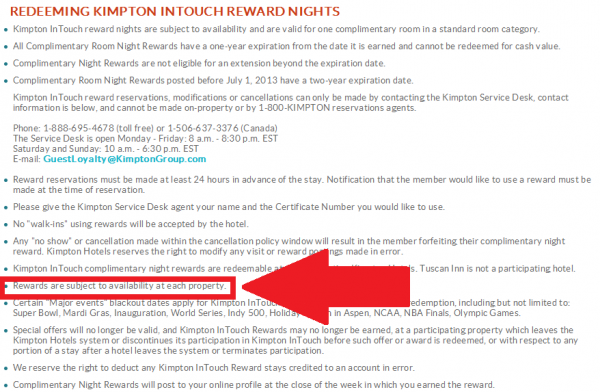 I don’t know what to make of this change. It may mean nothing or it could mean that they may start limiting the award night inventory more in the future.