Hilton Launches Curio Brand + Lifestyle One In The Making

It has not been a trade secret that Hilton has been planning to add a brand or two to its portfolio and on Monday they made an announcement about Curio Collection brand for more independent minded hotels.

Curio is Hilton’s answer to Marriott’s Autograph Collection that has grown to 60 hotels in less than three years and to SPG’s Luxury Collection.

The Curio Collection starts with five properties; SLS Las Vegas, The Sam Houston Hotel, Hotel Alex Johnson, The Franklin Hotel and yet to be named development in Portland. 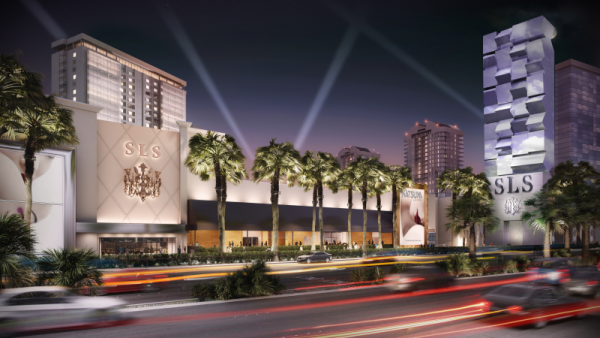 Here’s more information about these properties from Hotels Mag:

The problem with the hard brands such as Sheraton, Hilton, Marriott, and Hyatt is that the operations of the hotel are very strictly defined by the brand standards manual that is both good and bad at the same time. You know quite well what you can expect when you choose one of these hotels that works well when you travel for business.

The problem comes that many of these hard branded hotels are soulless. Wouldn’t it be better to have some local flavor as well?

I have only stayed at two Autograph Collection hotels: The Stones in Bali and Glasshouse in Edinburgh and, although very different hotels, both delivered well the promise that the Marriott brand had communicated while, at the same time, being unique to their locations.

Soft brands provide the benefits of large distribution systems and access to millions of loyalty club members without encumbering hotels with the rigid guidelines that accompany a full licensing or franchising arrangement. Soft brands tend to allow hotels to keep their name and use the brand as a secondary name, which is something Curio will promote.

“It’s something we’ve been doing for many years as we took iconic, independent assets and pushed them into some of our other brands, such as DoubleTree, Hilton and Waldorf Astoria,” Palleschi said. “We’ve had success with it; however, with as much activity as there is now in the development community, owners are pushing it more and more. They want this from Hilton, and some owners are even demanding us to get this out. The timing is right because of the fever pitch with development.”

Palleschi said the Curio agreement is a bundled deal with which owners get access to all of Hilton’s resources.

“It’s not à la carte,” he said, adding that owners aligning with Curio will pay a fee of 4% of gross rooms revenue—the same fee in place for the company’s management and franchising agreements.

It is interesting to see what will come out of this Curio. For now Hilton has used the DoubleTree brand for properties that haven’t fitted any of the other brands and it has been very inconsistent. Most of the DoubleTree hotels are very soso but then there are some very unique ones such as the Fess Parker in Santa Barbara.

It is quite clear that they are going after the same market as Marriott with their Autograph collection. Trying to woo owners of the independent properties that are in need of a better distribution and loyalty program platform that these global hotel companies are well equipped to provide.

Hilton will try to have a second try with their “lifestyle” brand after the failed launch of Denizen that got derailed by a lawsuit from the Starwood that banned Hilton entering this area for several years. It remains to be seen if it will be more of a W or Andaz or “select” service such as Aloft.