Marriott has been developing its Moxy brand that is targeted at millennial and the first hotel is set to launch at Milan’s Malpensa airport this September and there are further five in development to be launched in 2015 in Berlin, Munich, Frankfurt and Oslo.

I first wrote (access here) about this concept in 2012 when IKEA real estate arm was searching for a developer to launch 100 or so hotels within the first 5 years and again last year (access here) when Marriott partnered up to launch this Moxy concept.

Marriott doesn’t currently have plans to bring this concept outside of the European market before it has been fully developed. Marriott is, however, bringing the AC brand to the United States.

The Malpensa Moxy is available booking starting on September 1, 2014. The hotel has been assigned an award category 2 that require 10,000 points per night. 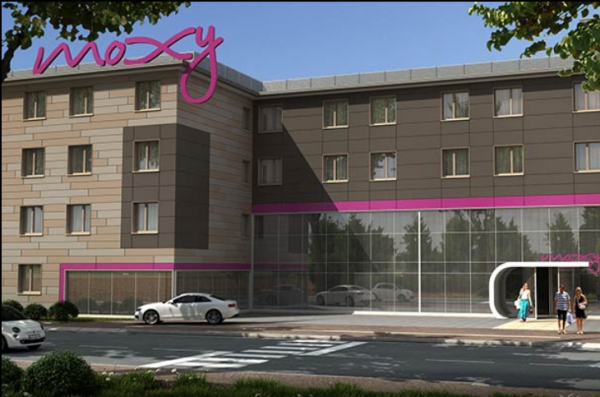 Here are the elite member guaranteed benefits at Moxy hotels:

Seems that these are at the Courtyard brand level.

HotelNewsNow had a piece this week about the Moxy (access here) and here are some tidbits from the article:

The company employed focus groups and other market research to determine the design, service and amenity touch points important to the millennial traveler. Public spaces in the hotels are a centerpiece of the concept.

“When we did the positioning work on the brand, we came up with the statement that Moxy will be a new way of traveling in which smaller is concentration, not reduction, and that’s a principle we’ve tried to follow as much as possible,” Adenaw said.

The lobby area is large and adaptable, serving as a breakfast area in the morning and a bar/lounge in the evening.

“The room provides a few moments of feeling like you’re getting a lot more than you’re paying for. It feels spacious, and we believe younger travelers will be attracted to this level of concentration in the public space,” Adenaw said.

As the design of the product emerged, the development group made some changes in the original concept to reflect findings of its research.

“For example, the hotels have what we call plug-and-play meeting rooms that weren’t originally in our design,” Adenaw said. “In our consumer testing we found people don’t like formal meeting space, but rather somewhat informal areas where they can sit down and plug in their content for viewing or presentations.”

Another on-the-fly change was a greater focus on social media in the public space design. The result is what Adenaw calls an “Instagram-type wall” in the lobby in which content from the brand’s social media efforts can be presented.

This Moxy concept from Marriott sounds like a copy of Starwood’s Aloft. The renderings of the rooms and public spaces have warmer feel compared to Aloft, but the product description and the target market are exactly the same, however. I should probably swing my Milan before the end of the year to check out this concept.