I have been in the market for new laptop for some time, but wanted to buy one with due diligence rather than buying what first caught my eye. So finally I found my new machine in Hong Kong last week. 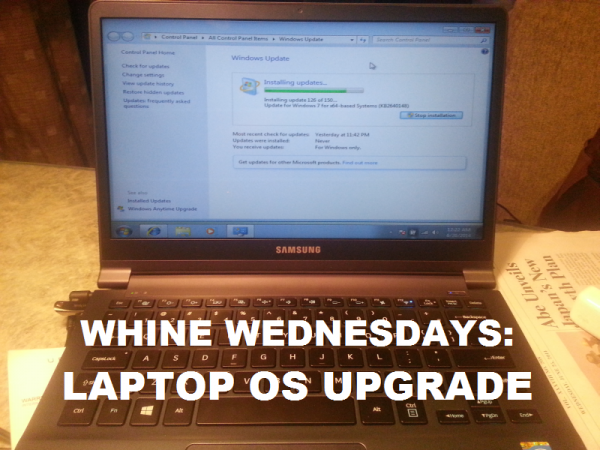 Whenever I buy a new computer, it usually takes a day to have a clean install of the OS, install all the programs that I need and then move the data. The clean install of the OS usually means installing a previous (read stable) version of the Windows and this time it was no different. I hated Windows 8.1 every time I used it and decided that Windows 7 is a better fit.

This time I settled for a Samsung laptop (I have had IBM, Lenovo, HP, Mac & Toshiba ones previously) and it took a while to have the BIOS settings changed so that I could boot it up from the USB flash drive, delete all the partitions and have a “fresh” version of Windows 7 Professional installed without any unneeded Samsung or Microsoft “bloatware” that usually come with new laptops.

I know that some will ask why wouldn’t I buy a Mac laptop? I actually have one MacBook Air that runs Windows 7 and I do like the form factor of the product.

The problem I have is that I cannot get my head around the Mac OS. It is the same problem with the iPhone as well. It is either the Mac-way or the highway.

The best solution would probably be to run one of the Linux versions such as Ubuntu, but they seem to require quite a learning curve that I don’t have time for.