Seems that we are at the business cycle when entrepreneurs are again starting to launch all business airlines, although most of them have failed in the past. 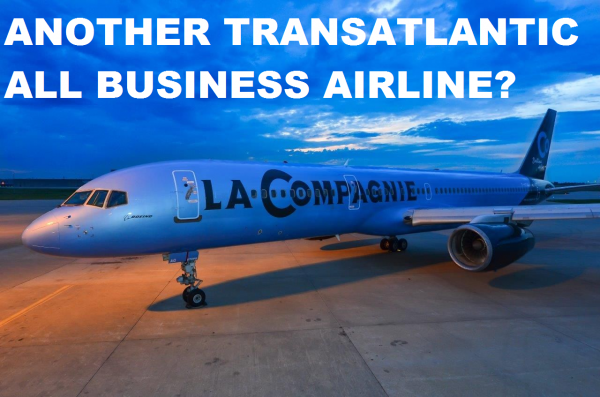 La Compagnie is a French airline that will only offer premium seats on its 757-200 aircraft and will initially fly four to five times a week between Paris and Newark (New Jersey).

The airline plans to increase frequencies on this city pair or launch new once it has its second 757-200 airplane arrives in December.

The airline can already sell seats on its website targeted to Europeans (French only). The US sale will open once it has secured required approvals from US authorities.

During a briefing in New York on Tuesday previewing next month’s launch of Newark-Paris business-class airline La Compagnie, co-founder and deputy CEO Peter Luethi assured the press that they were not experiencing “déjà vu.”

Yet, it’s easy to get that familiar feeling after a decade that saw the arrivals and departures of such premium-oriented transatlantic brands as Eos, Maxjet, Silverjet and L’Avion, the latter of which shares some DNA with the revivalist La Compagnie.

Those operators folded, except L’Avion, which instead waspurchased and incorporated into the British Airways-owned OpenSkies. Yet, even OpenSkies, which still operates between Paris and New York, since has abandoned the all-premium-class model and now offers three classes of service.

This time, Luethi said, it’s different. Casting the current era as one shaped by consolidation and deeper airline alliance cooperation, both of which have driven supply down and fares up, “We concluded that it’s the right time to introduce a new sole-business-class operation over the Atlantic,” Luethi said.

World is full of failed airline start ups and business only airlines have all but failed so far. Let’s hope that the founders of La Compagnie have learned something from the past and are able to pull this one off.

Thai Airways had a business class fare sale the other week, offering low priced tickets between Bangkok and Stockholm that Freddo covered on a...

IHG Rewards Club 25% Off New Year Sale For Stays Through...