The Future Of Airline Economy Seats? Be Ready For A Flight On A Bicycle Seat!

Los Angeles Times had a feature over the weekend (access here) about an airline seat patent application that had been filed by Airbus. 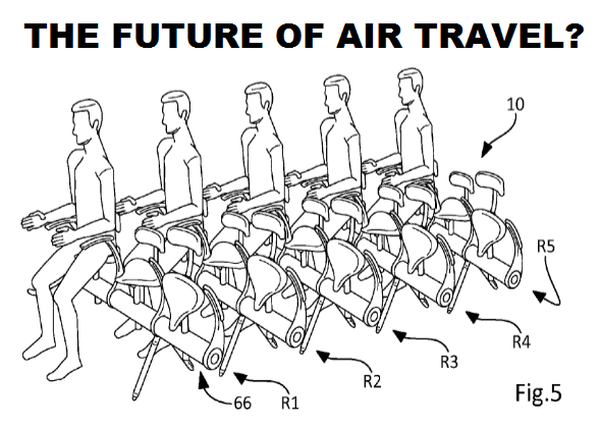 They are seeking a patent for an airline seat that look very much like a bicycle seat today.

The airline could obviously pack way more seats for an airplane if they decide to introduce something like this, but could these be used for anything else than for a flight of no more than an hour?

The inventor is very clear on the patent text why there is a need for a seating such as:

“In aeronautical sector, some so-called “low-cost” airlines seek to increase the number of passengers transported on each flight, and more particularly on short-haul links, in order to maximize the return on the use of the aircraft.

If you thought that the airline seats cannot get any more uncomfortable in the economy cabin than they are today, think again.

There has been similar mock ups previously of standing type of seating that would greatly increase the number of passengers that could be bussed on these planes.

I could see some low-cost airline implementing something like this in 10 years time for shorter flights first and from there they would slowly creep to longer ones as well. The hell would freeze before I would accept something like this for a flight of more than an hour or so.