Marriott Rewards introduced PlusPoints program back in May (read more here) that allowed (and still does) members to earn maximum 2,000 points per month for various social activities.

The PlusPoints is still in beta and it should be valid from April 8 to November 8, 2014. It is unclear if these dates are still in place or if they have been withdrawn. 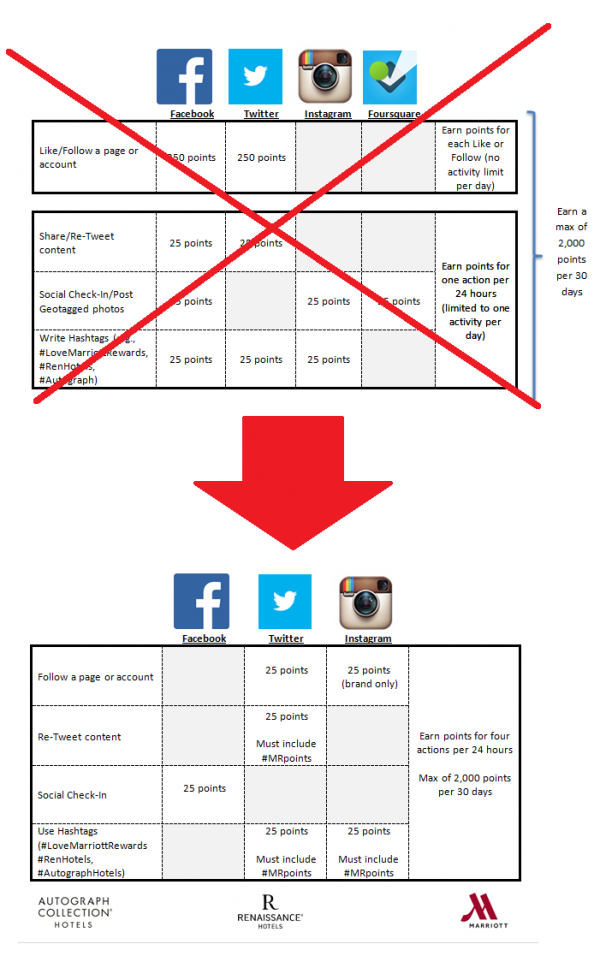 – The only POSITIVE enhancement is that the number of participating properties has increased a lot.

Here are the current participating properties: 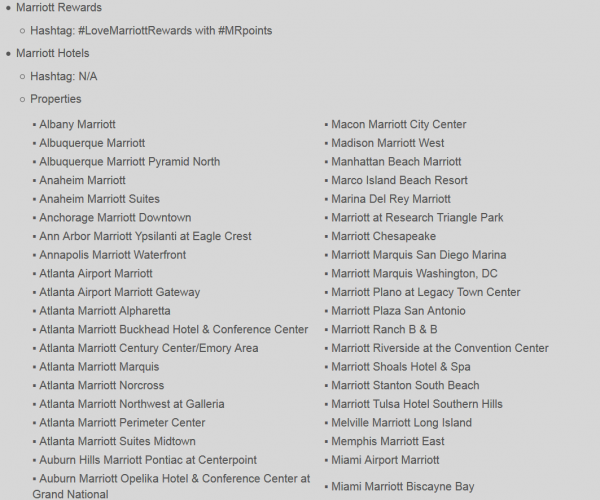 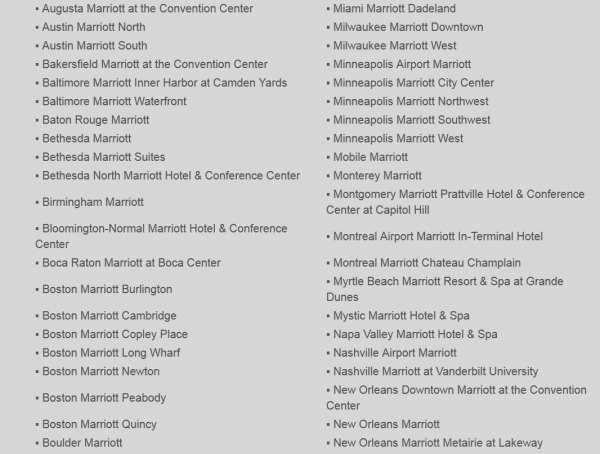 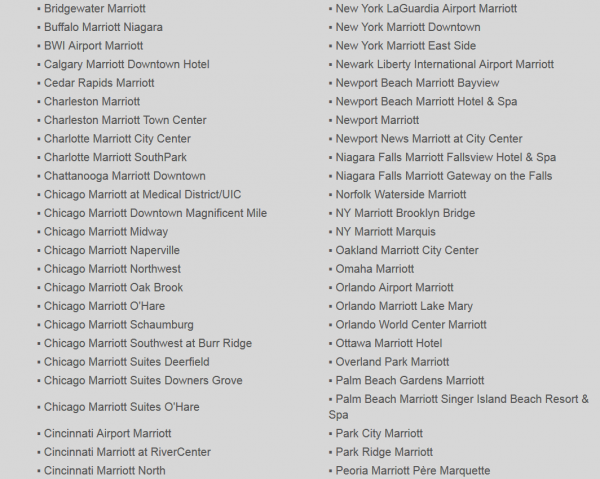 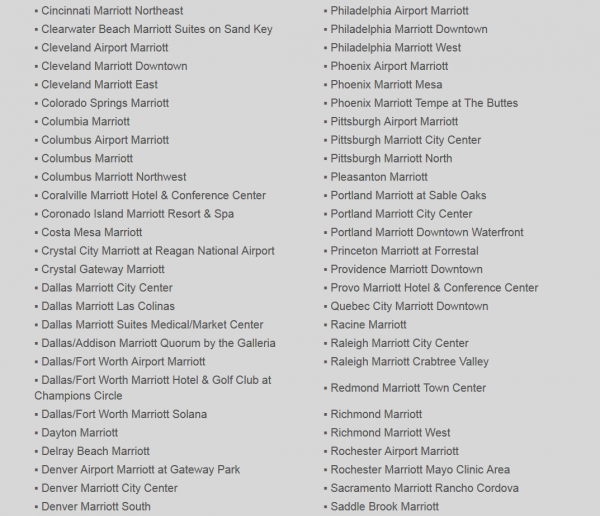 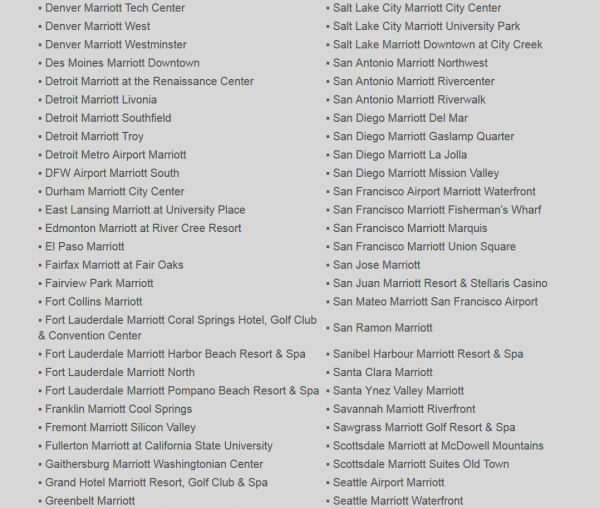 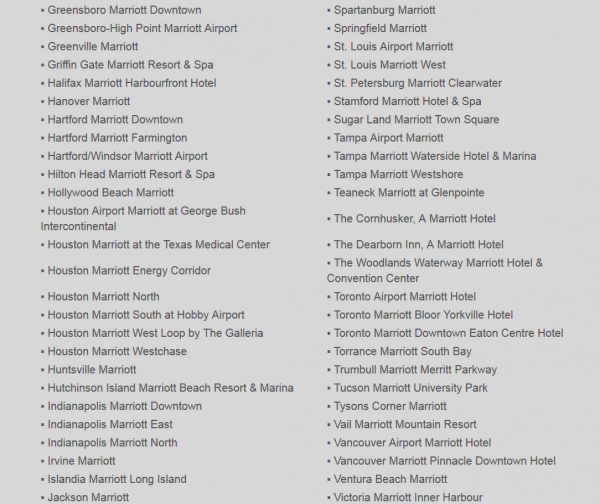 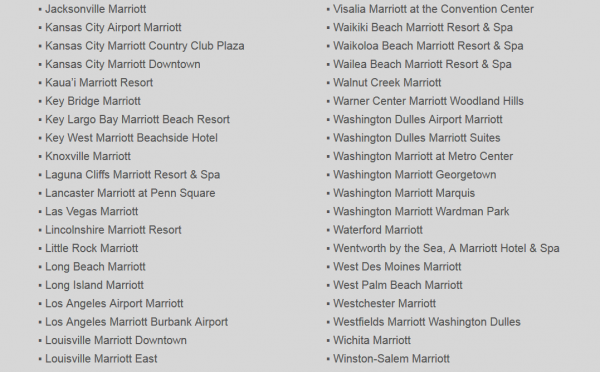 This change means that you have to do 4 activities on at least 20 days a month to get the 2,000 points, which is the maximum allowed. Previously, you could have just done eight Facebook likes or Twitter following in a minute or so and be done. The time required to get the 2,000 points has grown exponentially.

Personally, I value my time more than this new “enhancement” requires you to spend. I believe that this PlusPoints was a good idea, but these new “enhancements” trashed the program. I cannot see anybody else putting up with the required time than those that REALLY want to get the free points out from Marriott. Likely not the most desired target group for the company.