Late last week, I was researching award and paid ticket options from Bangkok to Buenos Aires for the middle of this week, as I wanted to get to South America by Thursday night. 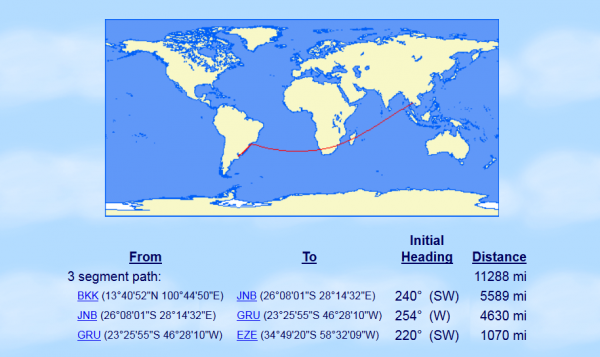 The paid economy class one-way tickets were in the $1,600 to $1,800 range unless I would have hopped to Ho Chi Minh City first and then took a flight to Sao Paulo (this would have required an additional ticket to Buenos Aires) and business class ones were much more.

Then I considered using any of the award ticket options that were feasible. American Airlines doesn’t publish an award from South Asia to South America that means that I would have needed to issue two awards and it would have been very expensive as a result.

US Airways Dividend Miles return price in business or first class would have been reasonable, but I would have needed to schedule the return for late February/early March next year and I prefer having the maximum flexibility when it comes to travel and not lock myself to some flights that I may end up not needing 6 months down the road. US Airways doesn’t currently allow one-way award tickets.

A friend of mine was having a look as well and suggested to check out the options using Avianca LifeMiles as they were additionally having their mileage swap going on until the 21st of July. 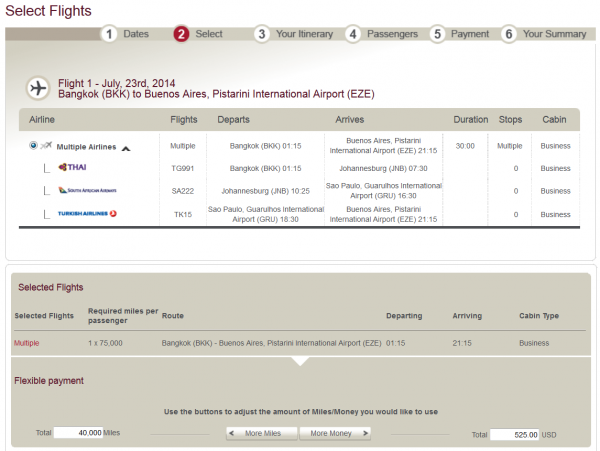 LifeMiles was allowing several options at 75,000 miles levels in business from Bangkok to Buenos Aires via Europe that were mostly on Lufthansa and with rather long and unpleasant transit times. Lufthansa is probably still flying their old business class seats to Buenos Aires that are just terrible.

Then this option of getting there via Johannesburg and Sao Paolo popped up flying on Thai, South African and Turkish with excellent flight and transit times. I decided to go with this.

A friend of mine “shared” with me 75,000 LifeMiles that were doubled to 150,000. He didn’t need more miles that he had, so I shared 38,000 miles back that were then doubled to 76,000. I paid for both transactions and ended up with enough LifeMiles for more than just this one ticket. 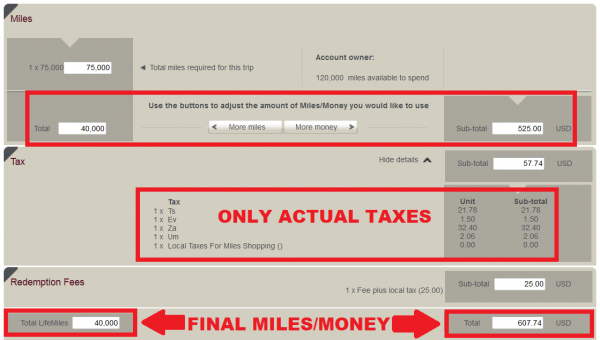 Once I had the miles on my account, I chose the flight option via South Africa and Brazil and proceeded.

I decided to purchase some more miles that I could use for intra-South America redemption later in this trip and ended up substituting 35,000 miles for $525.

The actual taxes on LifeMiles award tickets are very reasonable and there is no close-in ticketing fee that some programs charge. There are just the real taxes and a $25 ticketing fee.

I proceeded with the payment and got the screen that showed the PNR that had already been created with a message that I should write down this six digits code and that the process of getting the credit card authorization could take several minutes.

Then the whole process errored out with a message that there was something wrong. I checked and the LifeMiles had received the approval from the card that I used for $607.74. There could have been a block based by the CC issue due to two charges coming from Panama in a such a short period of time, but this was not the case.

I checked the PNR using Amadeus Checkmytrip and all the segments were confirmed by the operating airlines, so the award inventory was there.

The time was now Monday day in Bangkok that meant that it was very late on Sunday night in the Americas, where Avianca’s call centers are based. I decided, however, to give them a call to see what they can do, but wasn’t expecting a lot.

I was really surprised that they were able to fix the ticket with the help of Avianca’s ticketing department, using the credit card authorization that they already had received, and issue it during the call that took exactly 12 minutes. The e-ticket receipt arrived by the time the call ended. I was stunned that it went this smooth compared to a call with United less than a week prior, changing a partially used award ticket that took 47 minutes!

It is always good to have miles in several programs, because they all have their strength and weaknesses. I ended up paying less for this business class ticket (not considering it an award at all considering roughly the $1,200 price that I paid) than it would have cost to issue an economy paid ticket.

Now, some may say that how on earth do I leave these redemption for the very last minute. My plans usually firm closer to the departure date and often the award availability is rather good a few days prior departure, when the airlines dump their unsold seat inventory to award buckets.

I thought that calling Avianca would have been a disaster and agents uninformed, but this really wasn’t the case at all. Not sure why their online system errored out at the very last step, but glad that I took the screen shot with the PNR that allowed LifeMiles to fix the ticket issuance. 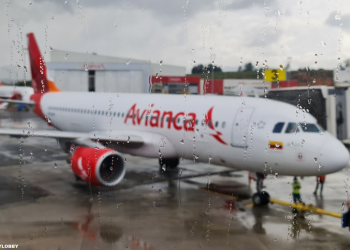 Avianca, a Star Alliance airline, based in Colombia, has launched a new sale to buy LifeMiles with up to a... 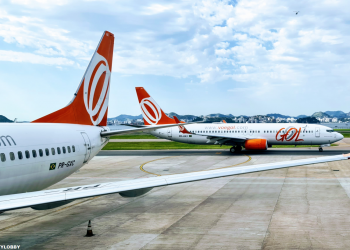 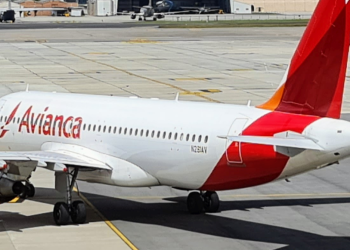