Would You Bring A Rooster As An Emotional Support Animal?

I couldn’t believe my eyes when I saw this on my Facebook feed earlier this week. I have seen photos of people bringing all kind of animals as emotional support ones from dogs to pigs, but never seen a rooster before. 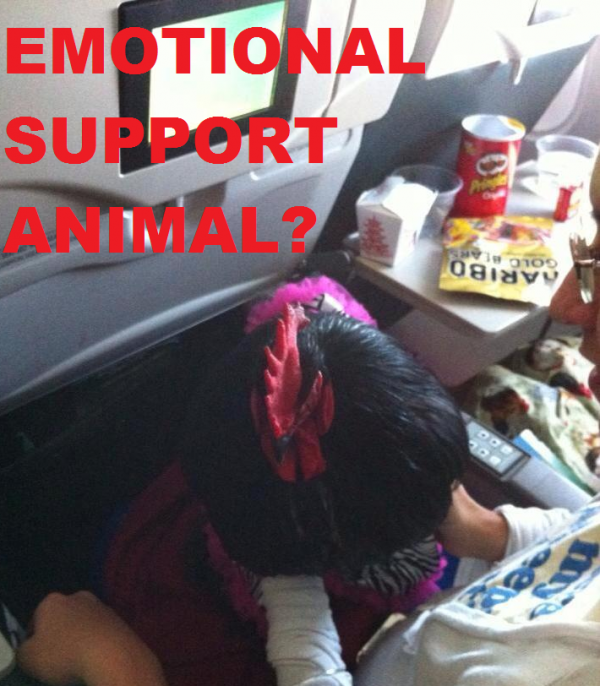 I have no idea who took the picture, when and where and whether it is a live animal (looks live for me though).

And here about flying with one:

The Air Carrier Access Act establishes a procedure for modifying pet policies on aircraft to permit a person with a disability to travel with a prescribed emotional support animal, so long as they have appropriate documentation and the animal is not a danger to others and does not interfere with others (through unwanted attention, barking, inappropriate toileting, etc.).

In regards to airline policies affecting persons flying with animals, most airlines charge fees and require the animal to be in a cage that can fit under the seat; if a caged animal cannot be placed under the seat, the animal flies with the luggage. With emotional assistance animals, on the other hand, they are not required to be caged, nor are people charged for flying with an emotional support animal.

If someone truly needs an emotional support animal and brings a well behaving small animal such as cat or dog, I have no problem with it. When people start bringing pigs and roosters, however, I have no idea what is going on with this world.