Lufthansa pilots and the airline are in disagreement over continuance of early retirement plan that allows pilots to retire at the age of 55 and receive 60% of their salary until the states pension system kicks in. 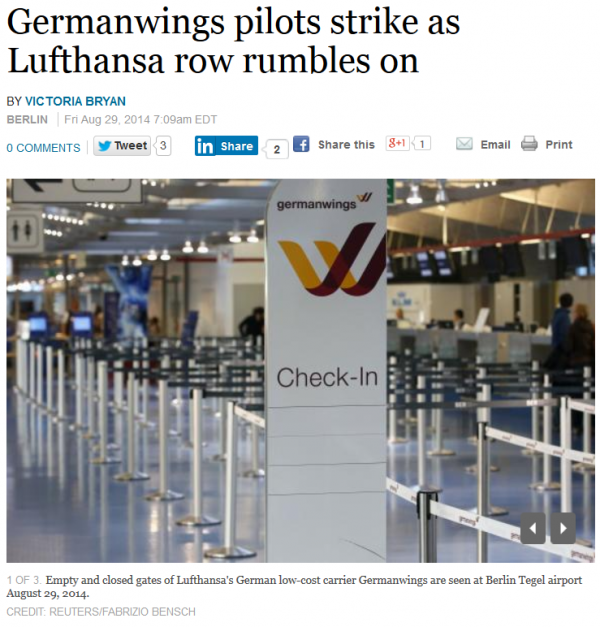 Lufthansa argues that there is no need for it as the pilots can now work until they are 65 and continuing rise in life expectancy. Also, this hinders Lufthansa’s competitiveness against Gulf and Asian carriers.

You can read more about this on Reuters website here:

Pilots’ union Vereinigung Cockpit (VC) wants Lufthansa to maintain an early retirement scheme that allows pilots to retire at 55 and still receive up to 60 percent of their pay until state pension payments kick in.

These strikes may continue, but the union has agreed to give one day advance notice.

If your flight end up delayed/can celled due to pilot strike, Lufthansa is required to book you on other airlines to get you to the final destination and provide care (hotel, meals etc), but the monetary compensation per EC 261/2004 doesn’t kick in.

Let’s hope that the airline and the pilots union can soon come up with an agreement that is suitable for both parties. Nobody certainly want to see the mass cancellations that occurred during the spring strikes.