The state fund that controls the Malaysia Airlines, Khazanah Nasional, made an announcement on Friday that the airline would cut 6,000 of its 20,000 employees. 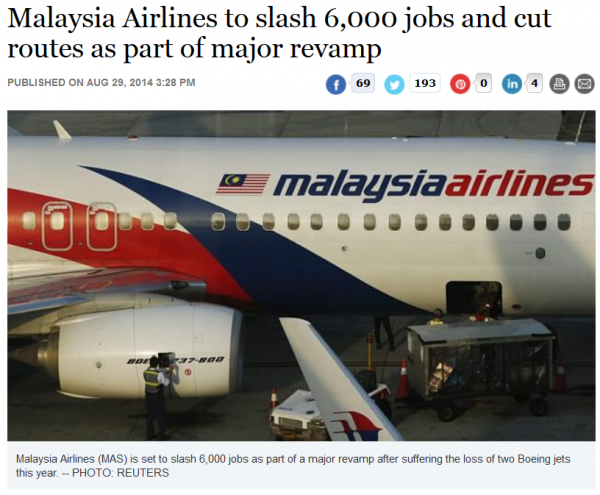 The state fund would inject more than $2 billion to the airline by the 2016 including buying out the minority stakeholders.

You can read more about this development on The Straits Times website here and on WSJ here.

The parent of Malaysia Airlines reported on Thursday that its second-quarter net loss widened to 307 million ringgit, compared with 176 Million ringgit in the same period last year.

Malaysia Airlines will focus on flying within the region, including to Japan and Australia, Khazanah said. It has already withdrawn from some of its longest routes that were unprofitable and will look at more routes that can be cut.

The airline will keep some of its important routes such as London, Khazanah said, adding that the details of the route restructuring will be decided by the airline’s management.

The airline had lost about $1 million per day during the April to June quarter, although losses of up to $2 million per day was reported elsewhere. According to the Straits Times, the airline is saddled with $3.8 billion in debt.

So, we should soon learn about the upcoming route cuts. The airline plans to cut more long-haul routes and focus flying within the Asia. I guess that they could cut Paris, Frankfurt ans Amsterdam in Europe and some of their Australia/New Zealand routes, but these are feeding their other flights. 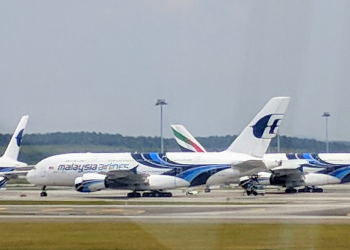