This is probably the least controversial Whine Wednesdays topic ever. The problem with the internet connectivity in Cuba. 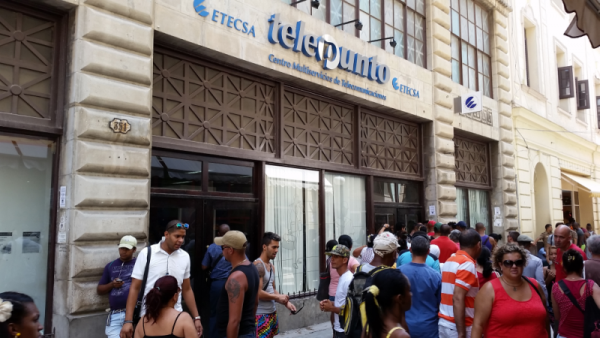 The internet access is highly regulated in Cuba and the “backbone” seems to be owned and operated by the (ETECSA) Empresa de Telecomunicaciones de Cuba S.A.

Many of the hotels (most actually) have wifi service provided by ETECSA and you need to purchase scratch cards with username and passwords that are valid for 30 or 60 minutes of usage that you don’t have to use in one session.

The problem is that you pay for these wifi cards only to find out that sometimes the service just doesn’t work but they end up deducting your minutes anyway. These wifi cards costs locals 4.5 CUC’s (Convertible Pesos = USD) per hour and foreigners are charged anything from 8 CUC’s upwards for one card.

When the internet works, it is actually quite usable for normal browsing, sending emails, uploading photos etc.

Here’s what happened at the Tryp Habana Libre hotel this morning:

First the internet was working just fine. They actually don’t use the ETECSA scratch here cards but issue the codes by themselves for cash. I managed to get one of the manager’s codes and don’t have to deal with paying for hourly here. 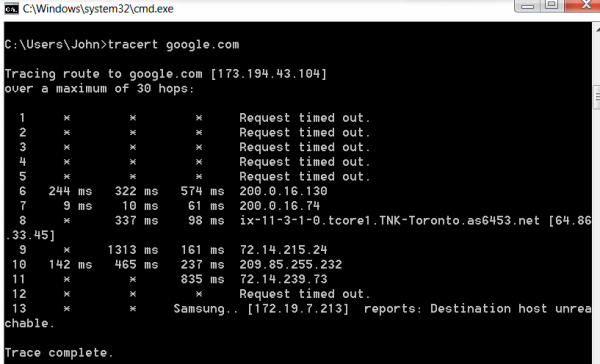 Then, 30 minutes later, nothing was suddenly resolving and this lasted for about an hour. The connection is now (temporarily) fine again.

I just cannot stand the (lack of) internet connectivity here. Thank god that I am going to be in Mexico in about 24 hours where I have never had any issues with it. I had been contemplating visiting North Korea sometime this year and will likely postpone the trip until non-residents are allowed “open” internet access.

It is quite interesting that Cuba routes its internet traffic to United States via Canada. One would have thought that maybe Mexico might have made more sense geographically, but then there might not be data cables from Cuba to Mexico.