IHG Rewards Club launched their Q4 promotion Into the Nights the other week that is valid for stays between September 4 and December 31, 2014. 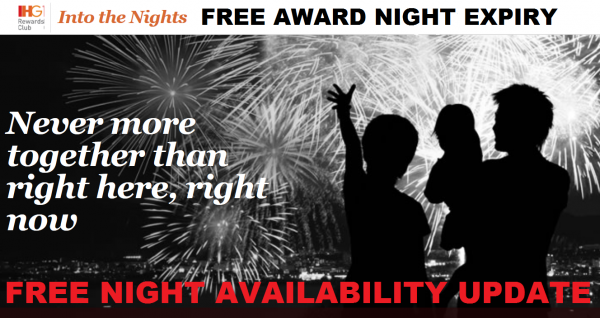 I have requested that LoyaltyLobby readers would post their personalized offer here so that we all could compare them. If you are just starting with the IHG Rewards Club, you can earn two free nights very easily (read more here).

The main question has been the validity of the free night awards associated with this offer and whether they book to the same award inventory as regular point ones.

On September 10, I received the terms and conditions from the IHG (read more here) governing the usage of the free night awards from Into the Nights promotion that were indicating the use of special inventory for these that would not have the same availability as using points.

Then on Friday, I received further information from IHG spokesperson regarding the Into the Nights availability that contradicts the T&C’s:

The free nights are not comparable to China Dreams award nights. They are set up like Reward Nights.

And when I pointed out the contradictory T&C’s

Yes, but within the timing restrictions as indicated in the T&C’s.

I hope that LoyaltyLobby readers are not as confused as I am at this point when it comes to the Into the Nights award night availability.

The T&C’s indicate that they have restrictions while I have been confirmed by the spokesperson (who must have consulted someone high enough in the chain) that they book into the same inventory as regular award nights.

So, do they have the same availability as regular award nights? Well. That is a good question. They certainly should per the update that I received on Friday.

I’ll have an update on this when the first batch of these award nights have posted to member accounts and I can check the actual availability. 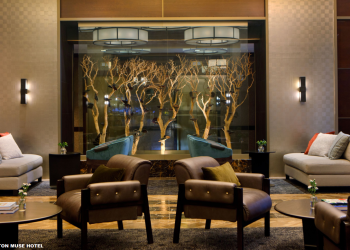 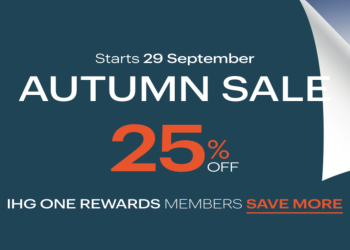