United Airlines made an announcement today about negative changes hitting the program in 2015.

You would think that the airline would have something positive to announce to it’s frequent fliers, but apparently that is not the case.

You can access the United Premier benefit downgrades here and Copa ones here.

Now, Copa has decided to launch its own program starting on July 1, 2015. From that date onward, United Premier members will lose the access to complimentary upgrades on the airline, no more preferred seating in the front rows of economy, Copa segments won’t count towards the four minimum that is required for MileagePlus status and no Premier qualifying dollars on Copa flights unless ticketed on United ticket stock.

United Premier Platinum and 1K members can continue (for now) to use RPU’s and GPU’s to upgrade on Copa flights.

The number of miles that you earn for Copa flights will change on March 1, 2015: 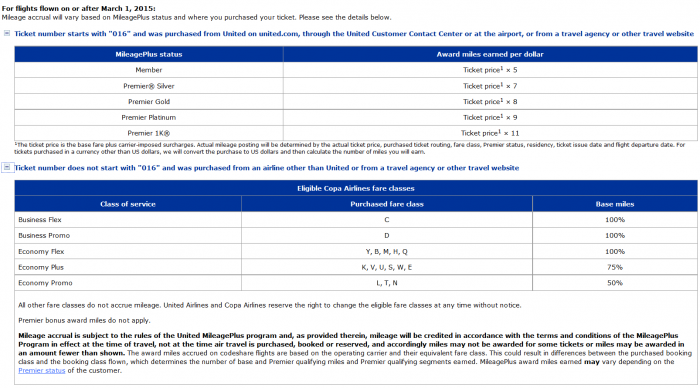 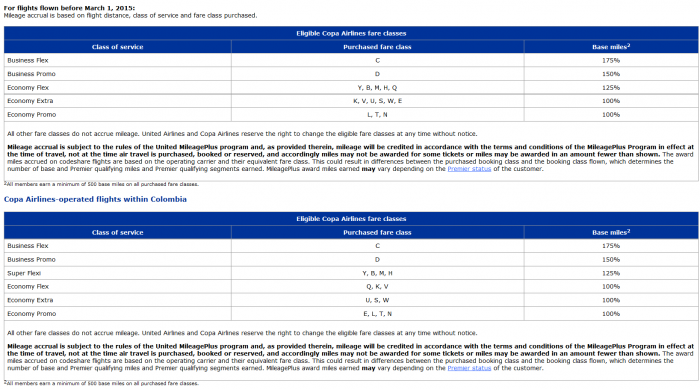 It was time for Copa to end its partnership with United’s MileagePlus. As I pointed out above, it was just a leftover from the time when the airline was partly owned by Continental. Now, the airline can start better rewarding those that fly with them.

Copa will comp some sort of status for MileagePlus members that fly with the airline a lot in the first half of the 2015. The status that is granted on July 1, 2015, will last for 16 months.

It is interesting to see what partnership the airline will have with hotels and airlines in the future. Let’s hope that their award chart is competitive and that they start selling miles ala Avianca. The airline will stay in Star Alliance.

It is truly sad to see all the negative changes that United is making to its program. It is like a death by thousands of cuts.