I feel sorry for those working for Sony Pictures that had their computer systems hacked and plenty of confidential information including yet to be released movies dumped to the public internet.

Where this gets interesting, is that Bloomberg News was reporting this morning that the document leak actually took place from the St. Regis hotel in Bangkok where yours truly has stayed several times (last time about a month ago). 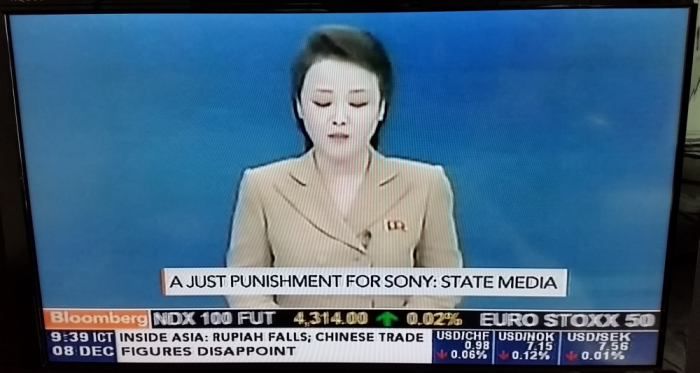 The computer hackers drilled into the network at the elegant St. Regis Bangkok that night and, with a keystroke, laid bare the secrets of Sony Pictures Entertainment.

What had begun with a secret incursion into the Hollywood studio’s computer system was reaching its climax in, of all places, a five-star hotel in the capital of Thailand.

It was 12:25 a.m. on Dec. 2 in Bangkok, the morning of Dec. 1 in California. Working through the high-speed network at the St. Regis — whether from a guest room, a public area like the lobby or a separate location is unknown — the hackers began leaking confidential Sony data to the Internet, according to a person familiar with investigations into the breach. This person spoke on the condition he not be named because the inquiries are confidential.

This Sony breach is a reminder what can happen when everything is connected to the internet and not properly fire-walled (and probably other lax security mechanisms contributed as well).

When I was staying at the nearby Grand Hyatt in late November, the hotel internet went down for couple of hours and the General Manager got back to me telling that someone had tried to access their network unauthorized.

One of my pet peeves if you hadn’t already guessed is slow or intermittent hotel internet connectivity.  I can say that in my stays at the St. Regis I never had a complaint with the connection or speed.  I guess I am not along in that view.  So if you need to move gigabytes of data quickly while in BKK the St. Regis property might be ideal for you.

Denmark Borders Stay Closed For Most Through August 31, 2020