If someone had said to me that United would have the best Star Alliance lounge currently open  in Terminal 2 at Heathrow (Singapore Airlines lounge is not open yet), I simply would have laughed and not have believed it.

Earlier this week, I had several hours to kill at Terminal 2 and decided to check out the Lufthansa, Air Canada and United lounges that were open.

The Lufthansa one is very close to the check-in desks and mainly serves their short-haul fliers to German destinations (obviously no LH long-haul flights out from Heathrow). It was a nice lounge with decent food options and a self-serve bar. I could have done without the fruit flies, however.

It was quite a trek to the Air Canada and United lounges (and from where my Air Canada flight was leaving as well) from the Lufthansa one. The Air Canada one was quite a disappointment considering the space. The food was so-so and the space could have been used better. 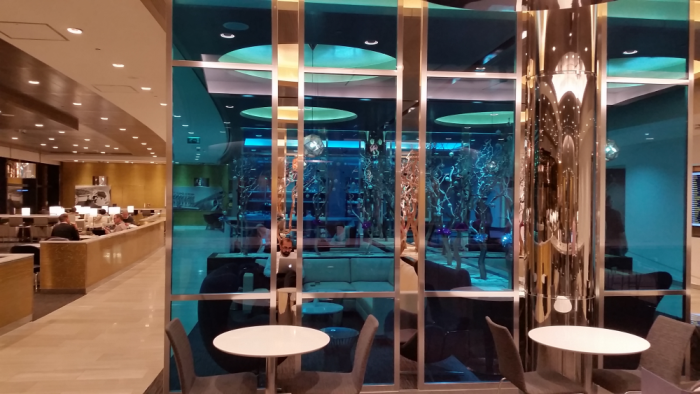 The United Club was really a positive surprise however. Had I not known from the sign at the door that the lounge was a United one, I would not have believed it.

The space was furnished very nicely and they even had a proper bar with a number of bartenders mixing your favorite cocktails or you could have had some champagne as well (not California sparkling that United was trying to serve in international business at some point).

I did prefer the food options that Lufthansa had over United, but the space and the bar at the United Club were both far superior. 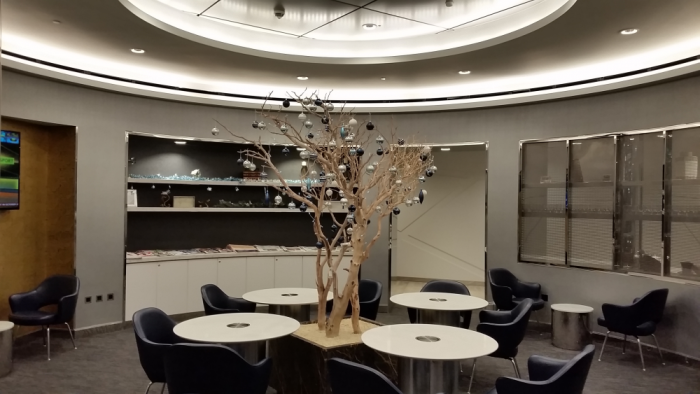 Historic posters on the wall:

It is interesting that United can get something right considering their lackluster record for many years. I didn’t have access to the first class side of the lounge, but the business one is one of the better business class lounges currently open considering the furnishing of the space and the bar area.

I should have come to the United lounge earlier (spent couple of hours at the Lufthansa one), but never thought that I would have wanted to spend more than couple of minutes at a United operated lounge based on my previous experiences with their lounges.

The Netherlands has had one of the strictest restrictions in place for travel to the country and its citizens and residents; what can be...