It is time to update the Pros and Cons of the Club Carlson program based on the developments of the past 12 months.

Last year, I did the Pros and Cons of Club Carlson for the first time and have had more experiences with their properties this year (to expand the cons).

– Number of properties in the United States and Europe

– You can earn awards faster compared to other chains

– Friends & Family rates if eligible to use them (NEW)

– Few, if any, aspirational properties

– Doesn’t have good brands (all dull)

– Points to miles unannounced devaluation In 2013

– No stay or night credits for award rooms (NEW) 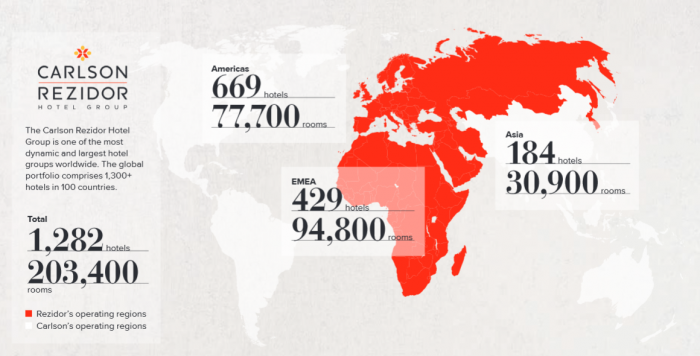 When I have needed to contact Club Carlson by email, they have always get back to me within 24 hours. If I have inquired something during the week, the reply usually comes within few hours.

The stays that I have had with Club Carlson have so far always posted correctly.

Number of properties in the United States and Europe

The chain has many properties in the United States due to Carlson and relatively strong presence in some European countries due to Rezidor.

Club Carlson credit card holders are eligible for 2-4-1 awards. This means that if you book an award for minimum of two nights one of the nights is free.

If you can book awards just for two nights, you only pay points for a night. This is exceptionally good offer for Club Carlson credit card holders.

You can earn awards faster compared to other chains

When I made a study earlier in the year comparing number of hotel loyalty programs, the number of awards you would earn for your Club Carlson stays was lot better compared to other chains. You can read more about this here.

You can stretch your points further by paying your award nights party in cash and points.

You can often book business class room at 50% premium compared to base level one. This can sometimes be a good deal.

Friends & Family rates if eligible to use them (NEW)

The rates that are offered under Friends & Family program (read more here) are great when they are available. These don’t qualify for points or stay/night credits. You don’t have to be a family member of Carlson or Rezifor employee, but being a friend is enough.

Few, if any, aspirational properties

There has been unannounced award category changes midyear.

In 2014, Club Carlson made a proper announcement about their award category changes unlike in previous year.

Hotels only need make certain percentage of their base level rooms available for awards. Once those are gone, the hotel don’t have to offer more inventory. So, there could be base level rooms for sale, but not available to be booked using points.

Gold is the mid-level on Carlson’s program and the benefit package could be better.

The chain is mostly nonexistent in Asia. Also, very few properties in South America and Africa.

Doesn’t have good brands (all dull)

Seems that some hotels become Radisson at the very end of their life cycle.

I stayed at one Radisson Blu that I thought should be under the Radisson flag at most.

Managed to stay at two Radisson Blu hotels in Denmark, and then stayed in Reykjavik, Oslo airport and Amsterdam also. Although these were all ok hotels, I would rank them somewhere 3,5 and 4 stars. Nothing that would make me to choose any of these hotels besides availability and price.

Club Carlson had very strong promotional line up in 2011 and 2012. What happened?

The number of hotels that belong to the Club Carlson is about one third of Hilton, IHG or Marriott.

Club Carlson had a stealth points to airline miles devaluation in 2013. No prior announcement. Read more here.

Due to the lack of clear and willing communication about the negative program changes, I have no trust for the people running this program. Don’t “bank” Club Carlson points or you may end up with worthless Goldpoints in a few years time.

I have never understood the relationship that Carlson (US based company) and Rezidor (Scandinavian one) have.

No stay or night credits for award rooms

Hilton, IHG and Starwood all give you a qualified stay and night credits when redeeming for award rooms. Club Carlson does not.

Club Carlson is a good choice for those that have access to their US credit card and 2-4-1 award night and don’t mind staying at many of their so-so properties that are marketed as luxury wen they are not.

It is very difficult for me to get excited about staying at any of their hotels and won’t unless there is a good promotion around OR I can take advantage of their F&F or Travel Agent rates in an otherwise expensive location. 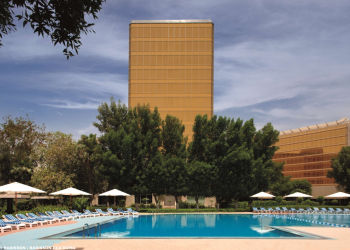