Cyprus Airways ceased operations effective January 9, 2015, after European Union ruled that the airline had received money from the state against the EU rules and was ordered to pay it back. 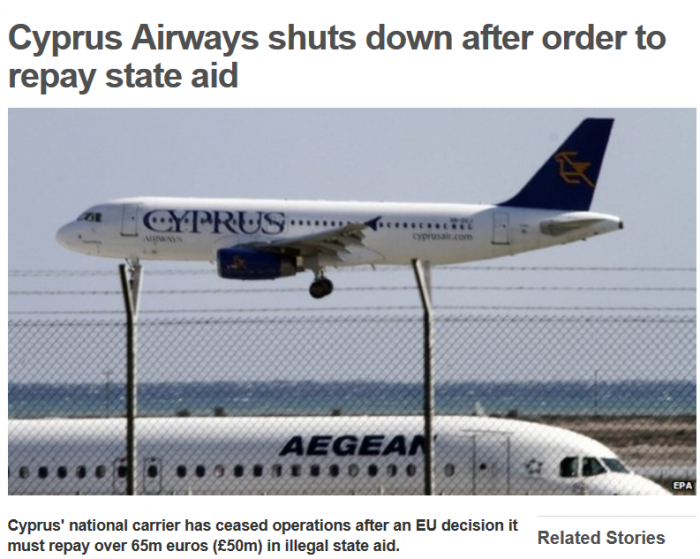 The Cyprus government is paying the reissuance of the tickets for affected passengers through a dedicated travel agency.

The Commission undertook an in-depth investigation after the government in Nicosia approved repeated state aid packages to the airline.

Publishing the investigation’s results, the Commission was highly critical of Cyprus Airways’ restructuring plans. It said they were based on “unrealistic assumptions”, failed to address the cause of the airline’s difficulties and were taking longer to implement than EU rules permitted.

Under EU rules, struggling companies can be given aid under what the Commission terms the “one time, last time” principle.

Governments may grant a one-off tranche of aid to support a restructuring process once within a period of 10 years. The rule is intended to prevent companies becoming reliant on government support and gaining unfair advantage over rivals.

I think that it is only fair that the governments are not allowed to keep pumping money to business entities that are not sustainable per the European Union rules, although it is sad to see an airline as old as Cyprus Airways to disappear.

CDC Lifts No Sail Order: Cruising Will Return In Phases &...