British Airways today announced changes to its Executive Club program for tickets issued on or after April 28, 2015.

The change that will hit most Executive Club members is the cut of Avios that one earns for economy class flights. These are cut from 100% to 25% of the flown miles on deeply discounted fares. The price of business and first class awards are going up as is the price of upgrades.

You can access British Airways web page for these changes here.

The number of Avios that passengers earn on most economy class fares are cut from 100% to 50% or 25%. The bonus for first, business and premium economy flexible fare classes goes up. 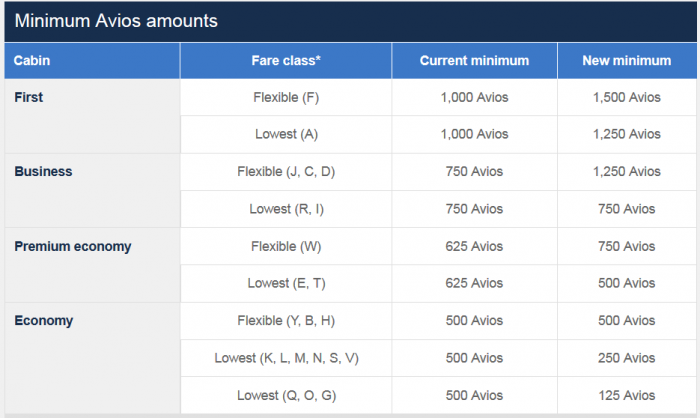 The lowest fares now only earn 125 Avios instead of 500. Those that purchase premium economy, business and first class flexible fares earn more Avios.

British Airways only released the new off-peak and peak award chart. I have compiled comparison chart between the current and the new that includes the upgrade price changes as well

The Avios price of off-peak economy seats goes down by up to 35%. The current rates become the new peak awards.

Using Avios for economy awards is usually terrible value due to extremely high junk fees (read fuel surcharges) that British Airways imposes awards issued on its metal. You can often purchase a paid ticket for not much more.

Here’s where it is getting really ugly and confusing. The price of some off-peak upgrade awards from Premium Economy to business is going up by 140% (the upgrade price is just the difference of the award price in premium economy and business). The category 4 to 9 upgrades are going to cost 100% more.

The zone 1 to 3 upgrades awards will go up by up to 100%. Zone 4 to 9 off-peak upgrade price goes down by 10% and there is no change for peak season awards for these zones. 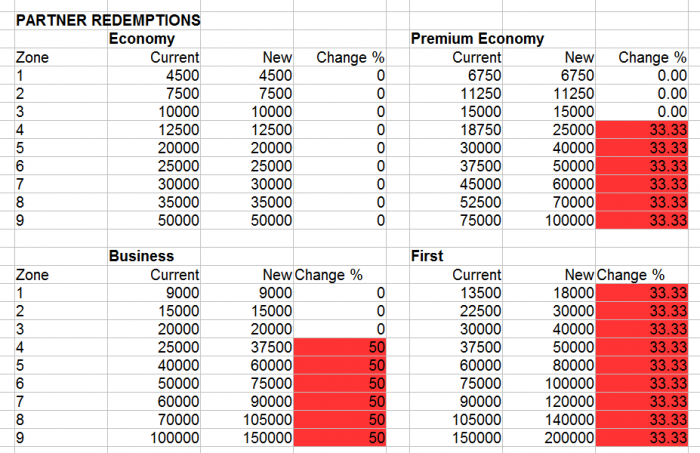 British Airways will have the new peak award pricing for all its partner awards. This means that the price of the most premium economy, business and first class awards is going up by 33% to 50%.

Avios Group will be the entity instead of British Airways that issues the Avios for Executive Club members also effective April 28, 2015.

These changes will hit very hard those that fly on deeply discounted economy fares on British Airways that will get hit both in the cut of the number of Avios they earn combined with higher number of Avios required for most premium cabin awards and upgrades.

Using Avios for economy class flights (outside of the Rewards Flight Savers) has made very little sense due to the high fees that British Airways assesses its awards and I doubt that this change has any impact on it.

Airfare of the Day [Club World] BRITISH AIRWAYS Los Angeles to Delhi from $2,779