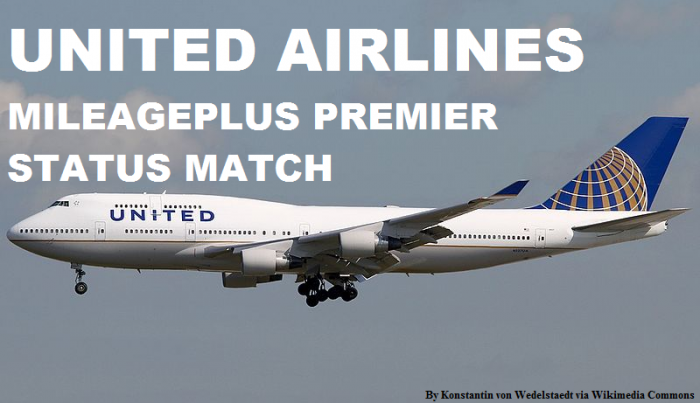 For the first time, the airlines acknowledges that American Airlines exists and challenges completed after July 1, 2015, will have the Premier status through January 2017.

You can access United’s web page for status match here.

United Airlines has now added American Airlines explicitly to the list of airlines that it status matches. It still doesn’t, however, mention the Executive Platinum status that they match to Premier Platinum (or perhaps 1K).

*For customers who meet the PQM or PQS requirement of this promotion on or after July 1, 2015, status is valid through January 2017, unless a higher Premier level is earned. Go to mileageplus.com/premier for more information on the MileagePlus Premier program.

It would make sense to complete the challenge on or after July 1st, because then the status is valid though January 2017.

Status match with United can make sense if you can compete the challenge and keep the status through January 2017. If I would be doing the match, I would time it so that I would complete it on or after July 1.