Here are five reader questions from the past week that I have decided to reply to publicly. You can always email me, leave a note or private message on Facebook, or Tweet me with your questions.

Is there any updates on Four Season Loyalty Program?

This is a very good question and I have been wondering what happened to their intention to launch it in 2013 (read more here).

Four Seasons does have something called “By Invitation” that comes with some room upgrade certs and others. I have a written piece about it from 2013 too (access here).

If anyone has been enrolled to the By Invitation in 2014 or 2015, please get in touch with me by email. I would like to write an updated piece.

I made a points reservation at a Homewood Suites for 4th of July weekend, and the opening of that hotel has been delayed until August 15th. When I noticed the new opening date at the top of my reservation online (still haven’t been contacted by the hotel), I called Hilton HHonors (I have Gold status) and was surprised to learn that there was no corporate policy in place to deal with this type of occurrence.

They offered to simply cancel my reservation (redeposit my points) and rebook me anew. The representative even said they couldn’t override the system to give me a similar room at another hotel for the same number of points (balcony and river view) nor was there any mention of compensation. I was told that Hilton Worldwide bore no responsibility and there was nothing they could do (I find this disingenuous). Anyway, what typically happens in these cases?

Does it matter that I actually had a reservation at one of their hotels to begin with? And, is there someone you would recommend reaching out to? All in all, pretty frustrated with this experience.

When you book a revenue or an award stay for a hotel that is not open yet, there is always a possibility that the opening could be delayed.

Hilton HHonors certainly can book you for a similar accommodation at any of their other hotels in the area and give points for the difference. I would ask to speak with the Guest Assistance regarding this.

If they won’t do anything, I would complaint via Attorney General of your state (you can usually fill the complaint online) or via BBB.

Is there a way or promotion to upgrade membership to carlson club and novotel?

Club Carlson has had promotions in the past for instant Gold status on their program, but nothing very recently. They are very good at matching the status that you may have with other chain, however. You can also get the Gold status via the credit card they offer.

It is still not that difficult to get Silver, Gold or Platinum status with them because all the points earned count towards it (even airline miles!). You could have earned the status in just three stays in late 2014.

I just had a very *bad* experience with AA.. expected compensation but they don’t care. I booked a seat from LAX-LHR in the maincabin (it should have been their new one so pretty happy to have decent leg room and entertainment).

Before boarding the gate agent called me and told me that they had to change the aircraft, that she assigns me a new seat wich is is still in the main cabin thefefore same quality as the booked one. Happy with that.

Surprise surprise! Once I was inside the aircraft it was a plain, old eco seat. I asked the flight attendants what I should do, I even offered to PAY for a business class seat… but zero.

So the gateagent just gave me a wrong info (on purpose in order to have a quick boarding?) and I had a horrbile flight on a ancient Eco seat. I’ve sent them a mail and they offered me the money I had payed for the upgrade… and.. quote: “While you are no doubt disappointed with us, compensation is not applicable. We appreciated your patience as a refund is processed for the Main Cabin Extra seats that you did not receive.”

What do you suggest me to do? I fly about 100,000-150,000 miles a year, and since they do like this I’m really considering to go on booking competitors. I’m AA Gold should it be relevant

Airlines substitute different airplanes on moment notice and never guarantee really the equipment that you will get. I have been downgraded twice from paid first to business with Emirates for example.

It seems that you paid for the Economy Extra that you end up not receiving. It is ridiculous that American Airlines doesn’t do these refunds automatically, but you have to contact them to get a refund for the service that you did not receive.

I have written previously about the state of American Airlines when it comes to complaint issues. They are difficult airline to deal with.

I would lodge a complaint with Department of Transportation’s Aviation Consumer Protection united that you can do online here. Let us know how it goes.

I’m very fortunate that Marriott again extended my Platinum status for another year, without me staying anywhere close to the number of nights needed (probably because of lifetime nights); however, this good fortune won’t go on forever.

Is it possible to buy back status for less?? That is, I’m currently a Platinum but next year (if I’m not renewed again), I would prefer to buy back Gold; as you’ve often noted, the differences between Gold and Platinum are minimal.

Will Marriott allow me to spend 25K to ‘downgrade’ to Gold status or must I spend the 40K to retain Platinum?? It would seem logical that they would allow you to ‘drop down a rung’ from Platinum to Gold if you so choose, but maybe not?? Thanks …

I don’t think that Marriott Rewards downgrades more than one status level at the time unlike Hilton. Marriott Rewards kept renewing my Platinum status for several years without me hitting the required 75 nights after few heavy Marriott travel years.

Keep the emails and messages coming. I will have these READER QUESTION pieces at least once a week (sometimes more often) and try to cover issues that would help LoyaltyLobby readers. 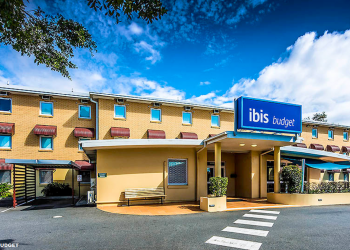 Accor has launched an offer to get members to convert points from partner programs to ALL by December 22, 2022.... 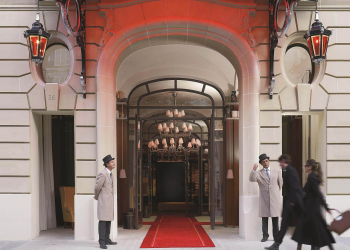 Accor launched some Cyber Week offers last week, and the best ones, IMHO, are offers for stays in Europe and...