A LoyaltyLobby reader forwarded me an email he had received from Courtyard Kazan Kremlin hotel in Russia where he had been holding a confirmed award reservation for more than 6 months for an August stay.

Apparently there is a swimming competition going in the city and, according to the Courtyard’s email, the hotel is “partially closed”, although rooms are still available for cash.

I am wondering if you could offer me an advice. I made a reservation at the Marriott Courtyard Kazan about 6 months ago to attend World Swimming Championship taking place there this summer. I made the reservation on Marriott website and at that time rooms were easily available for booking both for cash and points. I decided to make the reservation for 5 nights using points . I am attaching the email that I received from this hotel last week. They are sold out for that week right now and I believe that their cancelation of my reservation has more to do with the fact that I used points than anything else . Can they do it ? Can I complain to Marriott about it ? Should I be asking for some sort of compensation ?

Here’s the email from the hotel: 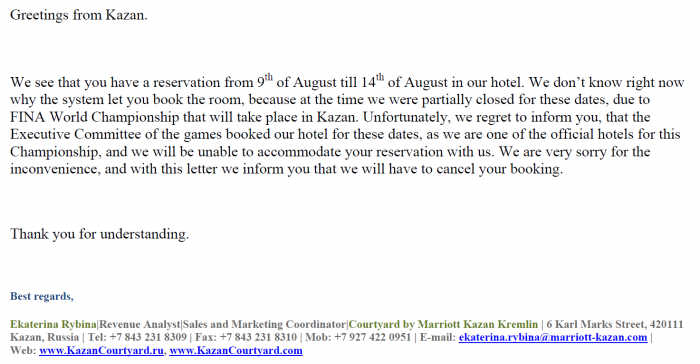 Here’s reservation that I just did for the same dates: 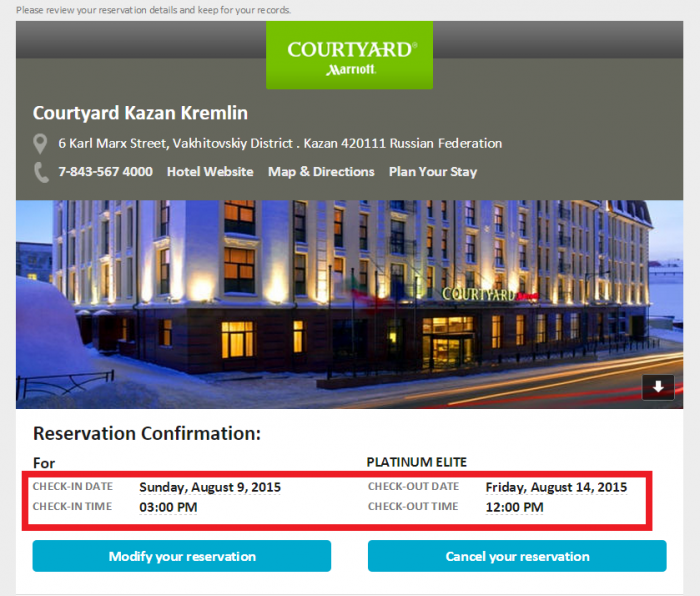 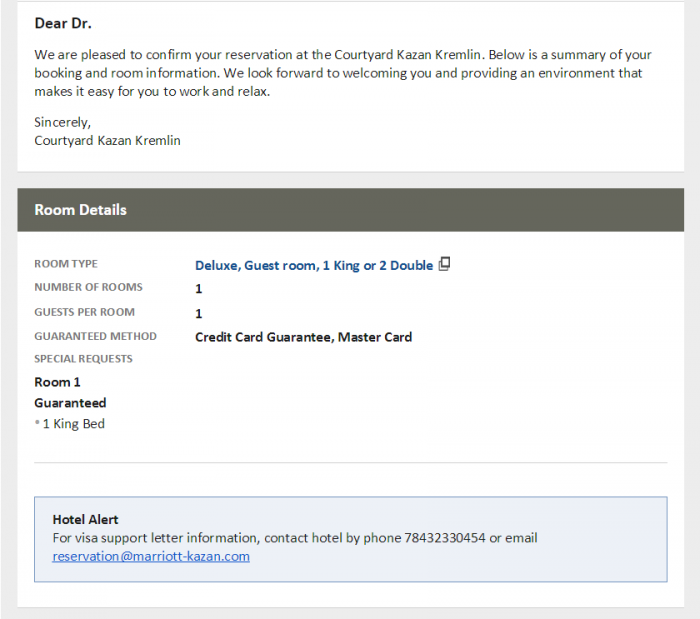 This email from the property makes no sense at all when they are still selling rooms on Marriott.com for less than $100 per night. I wasn’t logged in when searching for rooms at this hotel, so this is not a Platinum override.

The hotel claims to be “partially closed” due to host committee taking over the hotel, but they are still selling rooms on Marriott.

I would contact Marriott customer service and request their intervention on this issue. I would request to be accommodated at an alternate similar quality level hotel in Kazan at the hotel’s expense and given points for the inconvenience.

If the hotel is not budging at all, I would ask nice round number of points for their mess up. Remember that Marriott hotels pay $60 per 10,000 compensation points issued.