AZ Central (website for The Arizona Republic newspaper and local news channel) was reporting late on Monday that the US Airways Dividend Miles program merger to American Airlines AAdvantage would take place on March 28, 2015.

The article was shortly withdrawn from its website (likely embargoed by American Airlines). The last date to connect the frequent flier accounts was March 20, 2015.

UPDATE: American Airlines just sent out the email below regarding the accounts merger that will begin on March 28, 2015: 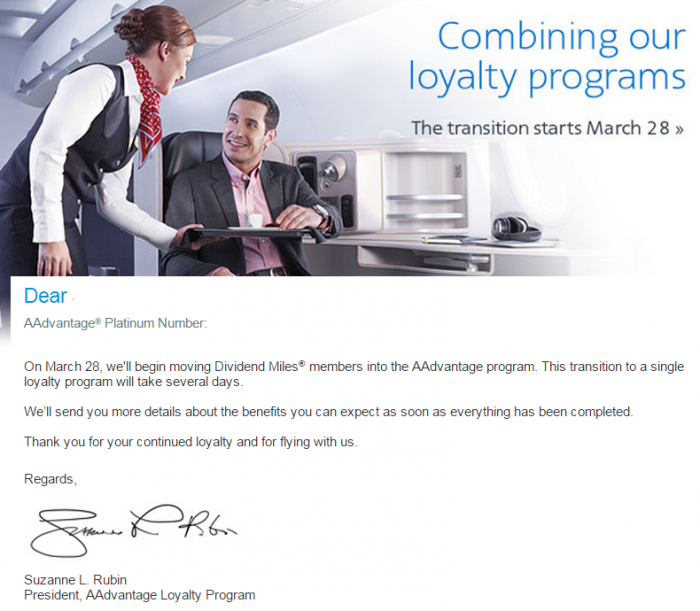 Here’s snippet from the article:

US Airways’ Dividend Miles program will fade into history as members’ miles are automatically transferred into American’s AAdvantage program beginning Saturday, March 28. The transition is a major merger milestone for the carriers, who combined in December 2013 but still have separate operations.

Let’s see when the program merger takes place. I didn’t link my accounts, as AA’s system was complaining about some mismatch between the email and/or name used on my AA and US accounts. I guess that I can square these out once the program merger has taken place.

Airfare of the Day [Business Class] AMERICAN AIRLINES New York to Paris from $1,799