Seems that the loyalty program hackers have jumped over the pond and have now targeted thousands of British Airways Executive Club members that have found their accounts frozen as a precaution. 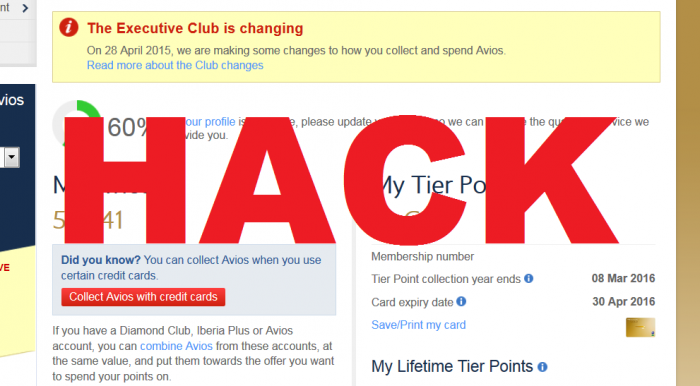 The British paper The Guarding has a statement from the BA spokesperson (access their entire piece here):

A BA spokesman said: “British Airways has become aware of some unauthorised activity in relation to a small number of frequent-flyer executive club accounts. This appears to have been the result of a third party using information obtained elsewhere on the internet, via an automated process, to try to gain access to some accounts.

“We would like to reassure customers that at this stage we are not aware of any access to any subsequent information pages within accounts, including travel histories or payment-card details.

“We are sorry for the concern and inconvenience this matter has caused and would like to reassure customers that we are taking this incident seriously and have taken a number of steps to lock down accounts so they can no longer be accessed.”

It is never a good idea to use same passwords on various websites, but how anyone is supposed to remember unique password for each and every site they visit.

Seems that British Airways may have caught this early and was able to stop the account takeovers before the intruders used the Avios. Let’s hope that they can sort this out and unfreeze the affected accounts promptly.