A LoyaltyLobby reader sent me a link to Bloomberg article about Starwood hotels that was speculating a merge or takeover by a competitor. 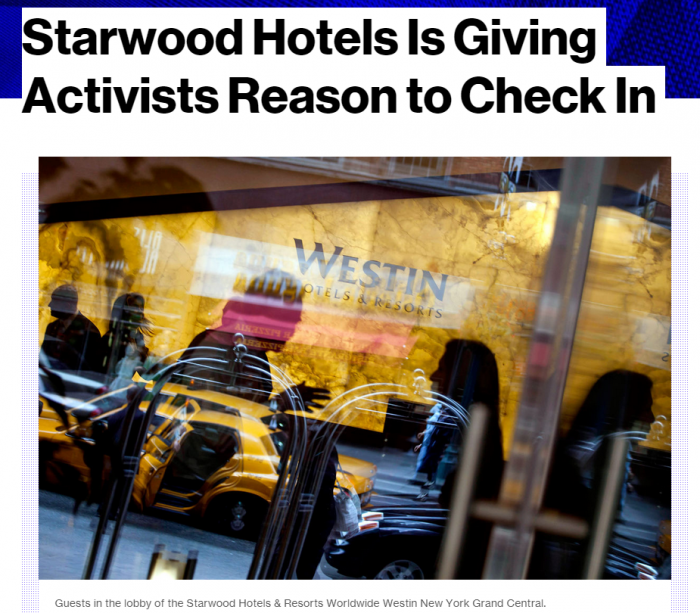 As the article correctly points out, Starwood is strongest on the full service high end hotels, but is lacking on the select service (I call them no service) segment where most of the action today is such as Holiday Inn Express, Hampton Inn, Courtyard, Hyatt Place just to name a few.

You can access the Bloomberg article here of which below is an excerpt:

Activists tend to sniff around when leadership is in flux, and there’s already speculation that one is targeting Starwood. Analysts say the end result could be one of several deal scenarios, such as selling to Wyndham Worldwide Corp. or structuring a tax inversion with InterContinental Hotels Group Plc.

While InterContinental’s 6.4 billion pound ($9.6 billion) market value is smaller than Starwood, the company is more expensive relative to sales and profit, which would pose a challenge for any deal.

“Starwood has a lot of concentration at the high end of the hotel segment, but that’s not where the growth is, so they need some balance,” Nikhil Bhalla, an analyst for FBR & Co., said in a phone interview. “But in this stage of the cycle, they’re going to have to pay up to acquire any brands and that may not be accretive. So I think the best route for Starwood would be a sale of the company.”

There were some rumors last year that IHG would have been on sale, but that didn’t materialize. This Bloomberg article itself doesn’t mean anything, but the street is talking and something may happen. I would rather see IHG and Starwood merge than with Wyndham. Only time will tell.