During the past couple of months, I have been in and out of Brazil several times. The taxi system at the Guarulhos airport (at many other airports around the world as well) is something that I dislike, although at the GRU you can nowadays take an Uber as well. 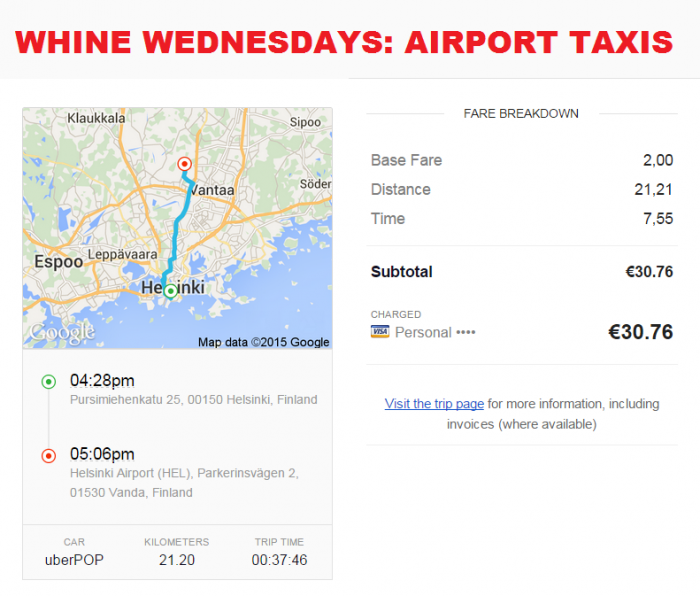 The problem often is (as is the case with the GRU) that the rates using the official airport taxi company are inflated. They probably pay an exorbitant fee for the exclusivity.

When the Brazilian Reais was at its highest, the ride to the city would have been roughly $100. Now it is back to more reasonable $50 or so. The price of the Uber ride, however, is 30% less.

Then there are cities such as Helsinki, where the airport is actually located not within the city limits (reason why it is called Helsinki-Vantaa). The taxis that pick up from the airport are from Vantaa and , if your destination is in Helsinki, must drive back to Vantaa empty, as they cannot pick up passengers from Helsinki and vice versa. This doesn’t make much sense either, as the taxis are driving empty half of the time wasting money and resources.

I have really started to like Uber more and more if only they could be more realistic with the pick up times. I used the service several times in Brazil and in Helsinki today (first time on Uber Pop) and the rides were all good.

It is weird that in Sao Paulo the Uber can pick up from the Guarulhos airport but not from the domestic Congonhas one.