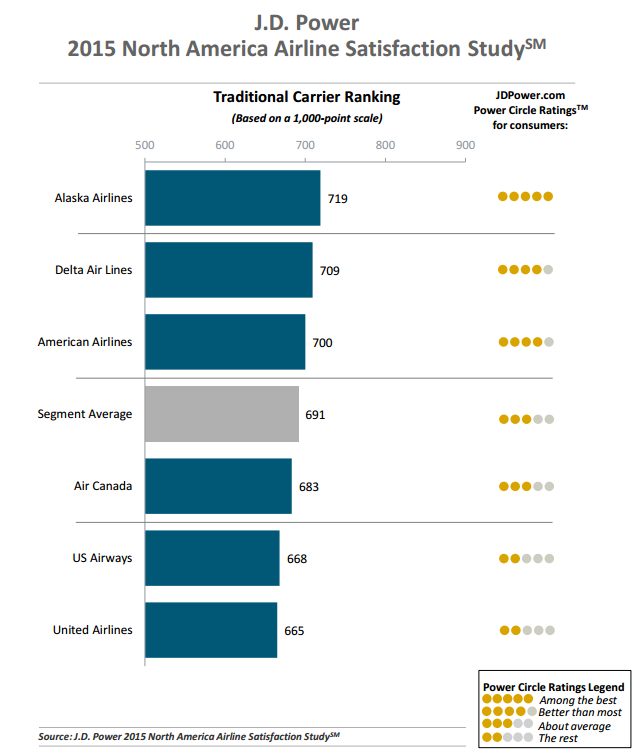 I am actually surprised that the Air Canada has ranked lower than Delta or American. Not really a surprise that United is at the bottom (yet again).

Here’s the problem that I have with this study. I don’t consider JetBlue or Southwest to be low-cost carriers anymore. Also the true low cost ones such as Spirit or Allegiant are both not rated at all.

Why do they still distinguish between the “legacies” and the “low cost carriers”? One could argue that Southwest and JetBlue (where’s Virgin America anyway?) would definitely belong to the “Traditional Carrier” column, as both are established airlines and definitely not “Low Cost Carriers”

Spirit and Allegiant, etc. would be better fit for the latter but are both excluded.

One of the findings were that passengers that didn’t choose the airline based on the lowest price were happier overall compared to those that did. Also, loyalty program members were lot happier (regardless whether they had status or not) than those who weren’t collecting miles/points.