Travelers from countries requiring visa to enter the United States planning to visit this summer may need to have plan B in place in case they don’t have them issued yet. 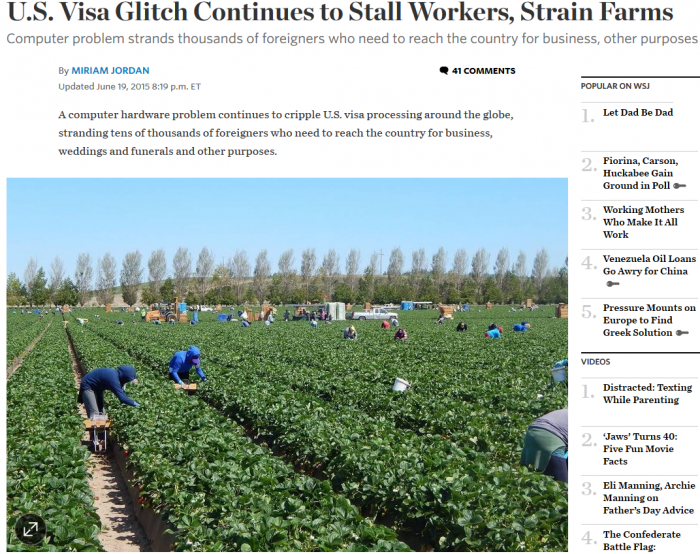 The US State Department had a hardware failure in equipment that tunnels the applicants biometric data to a central database. It may take another week before the issue is resolved.

You can read more about this on WSJ’s website here of which below is an excerpt:

Worldwide, U.S. visa-issuing posts handle 50,000 applications a day. Until the system is fully functional, they are unable to issue visas for applications received on or after June 9.

In Brazil, an estimated 16,000 visas are in the pipeline. The U.S. Embassy in India said all nonimmigrant visa interviews scheduled in New Delhi and four consulates between June 22 and June 26 had been canceled and that new appointments would be required.

Businesspeople are also stuck, their passports in possession of U.S. authorities. “They are holding my passport so I have been grounded this week from traveling” anywhere, said David Lummas, who works for a British multinational company and is currently in Bangkok, Thailand.

You would think that single hardware failure couldn’t stop issuing visas worldwide? Considering all the hacking going on maybe there is another reason for this?

This must affect many travelers that plan to visit United States this summer that may have to amend their plans and to go elsewhere.